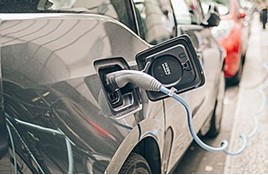 Having supported the introduction of the 2030 ban on the sale of new petrol and diesel cars and vans, the group, which includes five of the UK’s largest fleet operators, has complied a policy document that outlines some of the key issues affecting mass EV adoption and suggested actions the Government could take.

Helen Clarkson, CEO of Climate Group, which runs the UK Electric Fleets Coalition, said: “Having set a 2030 phase out date for petrol and diesel last year, the Government must continue to be a leader in this field. This was only the first step – we need to see the commitment backed up by in-depth policy and joined-up thinking across Government.”

The 32 businesses that have joined the UK Electric Fleets Coalition include; BT, Centrica, DPD and Royal Mail. Collectively, members operate more than 800,000 cars and vans in the UK.

Vehicle Excise Duty (VED) should be increased on the most polluting cars to encourage the switch to cleaner fuels, says Committee on Climate Change.

The number of vehicles operated by the large multinationals in the Climate Group’s EV100 initiative has risen to 169,000 – more than double the figure for 12 months ago.

More than 100 large organisations have now signed The Climate Pledge, an Amazon-led initiative that encourages companies to become net-zero by 2040.