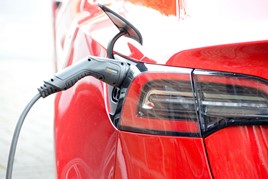 Orders for diesel and petrol cars at Zenith in June were surpassed by those for battery electric vehicles (BEVs) for the first time.

The top 10 FN50 leasing and fleet management company says that pure electric vehicles (EVs) accounted for more than half (54%) of orders in June, compared to almost a third (32%) in the same month last year.

Over the past 12 months, Zenith reports that 41% of orders were for BEVs.

Ian Hughes, CEO, car and van division at Zenith, says orders had increased as the wider economy reopens. “In June, year-on-year total car orders almost doubled and, we have seen an almost nine-fold increase in total van orders as customers invest in fleet and fast-track their journey to net zero through the adoption of new technologies,” he added.

“Company car and salary sacrifice car scheme drivers continue to be attracted to the significant benefit-in-kind tax savings that can be made when choosing an EV, the ever-growing choice in vehicles and confidence in the charging infrastructure.”

Zenith says that salary sacrifice is helping company car drivers to transition to BEVs. In one scheme, 85% of orders have been for BEVs, with the remaining 15% for plug-in hybrid electric vehicles.

Andrew Leech, managing director at Fleet Evolution which was one of the early introducers of EV salary sacrifice schemes, says that salary sacrifice car scheme offers employees a number of benefits.

Typically, all maintenance, road tax, business insurance and breakdown cover costs are included within the monthly cost, which is deducted from the employee’s gross salary. This creates savings in income tax and National Insurance Contributions which can be significant.

While benefit-in-kind (BIK) tax is payable on the car provided, if employees select EVs with zero emissions they benefit from a tax rate of just 1% in the current tax year.

Leech continued: “We are currently seeing that 97% of our forward orders through our salary sacrifice car schemes are battery electric or plug-in electric hybrids.

“Customers are realising the benefits of offering employees, who would not normally qualify under the company car scheme, access to low cost, low emission EVs.

“Our figures show that an electric car which travels 10,000 miles a year has transport costs of under £20 per month. And to show how cost effective EVs can be, a customer at automotive components manufacturer, Unipres, was able to travel 31,000 miles at just £320 per annum in electricity charges, which is a huge saving over conventional motoring costs.”

He added: “For employees who may be feeling under financial pressure, and who also may not want to risk public transport when they return to work, a salary sacrifice electric car scheme could be the prefect answer.”

Fleet Evolution is launching a new salary sacrifice scheme for micro businesses and new start-ups that specialises in hybrid and electric vehicles (EVs).