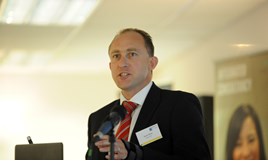 David Watts (pictured), consultant at Arval, said Euro 6 vehicles won’t be affected by the new regulations - which could include restirctions or charges for entering city centres - as most fleets will already be fully Euro 6 compliant before any changes come into play.

“Everything you read tells you this will be a bad thing, but there is a lot more to it,” he explained.

CAZs do not need to incorporate charging, but if they do the cleanest vehicles must be exempt. Currently the legislation outlines that Euro 6 diesel and Euro 4 petrol vehicles must be allowed free entry to such zones.

“The Government has said charging zones should be a last resort. They aren’t in the Local Authorities interests because the practical impact is very big,” he said.

Local Authorities will have to target areas with high pollution, but often this is on ring roads or in concentrated parts of the district so imposing city-wide infringements is unlikely to fix the issue.

“For fleets there is really nothing to worry about. You’re not likely to get charged because your vehicles will already comply. The legislation won’t be in effect until 2021-2022 either, so everything on your fleet should be Euro 6 by then,” Watts said.

“If diesel makes the most sense for you from a whole life cost perspective then don’t feel like you should switch to something else,” Watts said.

Along with the London Ultra Low Emission Zone, five other cities will have to implement a CAZ by 2020. These are: Birmingham, Derby, Leeds, Nottingham and Southampton.