Fleet200: Car replacement cycles stay much the same – but for how long? 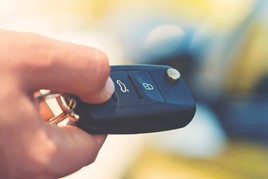 The economic impact of the Covid-19 pandemic has not yet translated into a shift in the average car replacement cycles for the Fleet200. It remains the same as last year at 46 months, based on 102 responses. However, 118 companies gave a figure last time and the make-up of the Fleet200 is not identical this year so a comparison is difficult.

It is also worth bearing in mind that the current survey results were gathered between mid-March and June and those answering at the start of the UK lockdown (March 23) will have a different perspective to those replying a month or two later.

Traditionally, fleet operators have extended replacement cycles during an economic downturn and this can become a permanent change. The 2008-to-2009 recession led many businesses to shift from replacing company cars at three years/60,000 miles to four years/80,000 miles.