Fleet200: Growing number of fleets expecting to have fewer cars 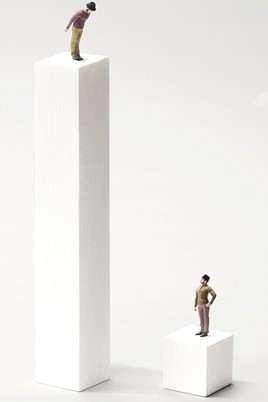 One-in-six fleets expects the number of company cars they operate to decrease over the coming 12 months, new data suggests. This represents a dramatic change compared with just a few months ago.

The Pulse analysis in quarter two, taken from a survey of 300-plus fleet decision-makers, shows that 17% of respondents are now predicting car fleet operations to reduce.

Just one-in-50 respondents – some 2% – were predicting a decrease at the start of the year, while those expecting car numbers to increase has almost halved from 43% to 28%. Nevertheless, while the gap has closed (from +41% to +11%), fleet operators are still, overall, anticipating growth in their car fleets.

One-third (34%) of fleet operators expect the number of commercial vehicles they operate to increase over the next 12 months, down from almost one-in-two (47%) at the start of the year.

Furthermore, one-in-10 (11%) now expects the number of commercial vehicles on their fleet to decline, up from just 1% in quarter one.

Commercial vehicle operators are more optimistic – some 89% expect the number of commercial vehicles they operate to stay the same or increase – thanks, in part, to the pandemic-induced rapid boom in online shopping.

Tesco announced 3,000 permanent new driver roles recently, to cope with what it described as a massive surge in online shopping. Before the pandemic, around 9% of Tesco’s sales were online. The figure is now more than 16%, with Tesco expecting online sales of more than £5.5 billion this year, up from £3.3bn last year.

Morrisons, meanwhile, has struck a deal with Amazon to offer free, same-day deliveries on produce sold on the ‘Morrisons on Amazon’ store to customers with Amazon Prime membership. The service, which is being delivered by Amazon Flex Delivery Partners, has launched in Leeds, before being rolled out across the country. Morrisons had previously announced plans to create 3,500 jobs to help expand home deliveries to get groceries to vulnerable people at the start of the pandemic.

Courier fleets have also been among the biggest winners, with DPD recently announcing it was recruiting 6,000 new staff, including 3,500 drivers, in response to the unprecedented boom in online shopping.

The delivery firm is investing £200 million this year to expand its next its next-day parcel capacity, including £100m on vehicles, £60m on 15 new regional depots (10 more than originally planned in 2020) and the remainder on technology.

The new jobs will include delivery and HGV drivers, warehouse staff, management positions and support staff, including mechanics.

DPD CEO Dwain McDonald said the business was experiencing the “biggest boom in online retailing in the UK’s history”.

That demand has begun to be seen in new van registration figures, with the market reporting a 7.1% increase in registrations in July, its first month of growth since January, according to the Society of Motor Manufacturers and Traders (SMMT).

Growth was particularly pronounced in medium-sized vans weighing more than 2.0-to-2.5 tonnes, which saw an 12% increase in registrations. Heavy vans made up the lion’s share of overall sales, with 17,566 registrations, an increase of 5.4%.

The less positive outlook for company car growth over the next 12 months, reflects a much more complicated picture.

Redundancies and eligibility changes will see some businesses reduce company car numbers, while new benefit-in-kind (BIK) tax rates, including a zero percentage rate for pure electric vehicles (EVs) during 2020/21, will attract drivers to choose company cars, as some swap cash for car or take advantage of salary sacrifice schemes.

Gavin Davies (left), Alphabet’s general manager for customer relationship management and public sector, says: “For many businesses, it is too early for them to make a firm decision regarding their ongoing mobility requirements, and this will likely be reviewed given the increased ease of digital interactions over face-to-face meetings, in recent months.

“However, there will, ultimately, still be a requirement for ‘job need’ journeys as trade begins to return to normal, and with reduced mileage patterns becoming more prevalent, more journeys will be suited to pure EVs and range anxiety will diminish.”

The public sector and transport, retail and distribution sector were the only two to have a higher proportion of fleet operators predicting growth than the survey average.

More than a third (36%) of fleet operators in the transport, retail and distribution sector are predicting they will operate more company cars in the next 12 months – the fleet average was 28%. An even greater proportion – some 38% – of public sector fleets expect their car fleet to grow.

Fleets operating in the business services sector had the least optimistic outlook, with fewer than one-in-five (19%) expecting company car growth during the next year.

Matthew Walters, head of consultancy and customer data services at LeasePlan UK, says: “Working from home over the past five months has meant fleet managers are now evaluating their fleet sizes, mileage needs and whether some, or parts of their fleets, are still business-critical, or if they’ve fallen into the perk category.”

More than half (60%) of respondents to this latest survey refer to a downturn in business or staff redundancies and cost cutting as a driver for a reduction in company cars.

Business growth is cited as a driver for more than two-thirds (69%) of those fleets expecting their car fleet operations to grow.

Professor Colin Tourick, management consultant specialising in the automotive fleet and asset finance markets, explains: “The negligible amount of BIK tax payable over the next few years on zero emission cars offers a real opportunity for leasing companies to bolster the number of vehicles on their books.

The latest data, from the Organisation for Economic Co-operation and Development (OECD), shows that the UK was the hardest hit by coronavirus among major economies from April to June.

The UK suffered its biggest slump on record over the three-month period as lockdown pushed the country officially into recession. It reported a 20.4% contraction, which was well above the 9.8% drop for the 37 OECD nations as a whole. Spain was the next worst, with a 18.5% decline.

The decline for the OECD area was its largest on record, far outstripping the 2.3% drop recorded in the first three months of 2009 at the height of the financial crisis.

The Government says that the UK economy had performed worse than its EU counterparts because it was focused on services, hospitality and consumer spending.

However,  while Q2 fell 20.4% in the UK, May and June showed strong signs of recovery, with GDP rising 1.8% and 8.7% respectively, ahead of analysts’ expectations. That recovery continued into July, although it slowed slightly to 6.6%. Consequently, the Bank of England expects the economy to shrink by 9.5% this year, a more optimistic forecast than its earlier estimate of 14%.

Mid-size electric vehicles (EVs) have been found to have lower total cost of ownership (TCO) than equivalent petrol and diesel models.