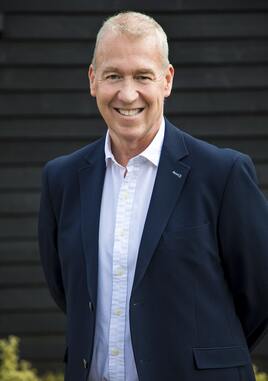 The last two years have been a difficult time for anyone who relies on fuel prices being low, and in only the last two months we have seen queues at petrol stations caused by panic buying and fuel prices hitting record highs.

Although hopefully another bout of ‘irrational exuberance’ at the pumps won’t happen for the foreseeable future, it is likely to be the case that fuel prices are going to be unsteady for some time ahead, but that their general trajectory will be upward.

When Covid-19 reached pandemic status in February of last year there was naturally nervousness around fuel prices.

Fuel had been produced but there was a significant drop in demand, including one bizarre moment in April of 2020 where the price of a barrel of crude had dropped to negative $36 dollars and fuel traders were paying people to take it off their hands.

All indications point to the price of crude either levelling out at this point or reaching earlier peaks of $100 to $110 per barrel.

Although the price you pay at the pump won’t have the drastic swings from negative $36 to over a hundred dollars that you see in the global oil market, the price of crude along with many other factors will directly affect the day-to-day cost of fuel.

Currently drivers can expect to pay £1.46 per litre for petrol and $1.50 for diesel, and though a fall in demand caused by this high price could drive the price down the underlying problems that created this situation aren’t going away.

Today, we seem to have reached a situation that is the reverse of early 2020 – we now have too much demand and not enough supply.

With lockdowns hopefully becoming a distant memory, commuters returning to their offices and most industries back to near full capacity, demand is up.

However, returning production to approaching 2019 levels and shipping fuel to consumers during serious problems with the global supply chain is proving difficult.

Adding to this difficulty is the politics that often comes with fuel prices: oil producing nations and organisations, like the Organization of the Petroleum Exporting Countries (OPEC), don’t want to over-supply the market and cause the price to plummet again.

Henceforth, the figures they release need to be taken with a grain of salt.

Another factor is the dollar to pound exchange rate.

Crude oil is priced in dollars, so although the pound is currently strong events that could weaken it or a Bank of England rate hike (which analysts believe is 70% likely) is going to have effects.

This will decrease demand over time, but it may not be a smooth transition: earlier this year the UK’s offshore wind sector, which provides 7% of the country’s electricity, was hit by a period of calm in the North Sea, and as a result gas and coal plants had to be bought online to pick up the slack.

While nobody expects major swings of the kind we saw in early 2020, we can look forward to a steady rise in the price of fuel that will be reflected at the price you and your company pay at the pump.

The current record high may be exceeded, but we forecast not by much.

As always in uncertain times in the fuel industry, it is important to stay close to the market, and if you’re managing a fleet then you must manage consumption closely.

Make sure your fuel card providers and organisations are set up to see what vehicles are using and what your drivers are spending as this is key to navigating a landscape of changing fuel prices.

The price of petrol and diesel has risen by 30p per litre in the last year, reaching a new all-time high.

A hydrogen storage project near Glasgow has received £9.4m in government funding to help drive progress towards decarbonising the UK transport sector.