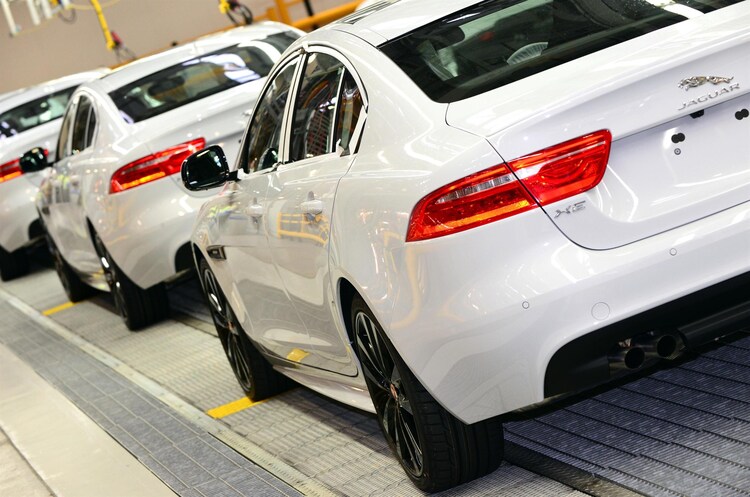 The West Midlands based plant marked the beginning of production of the XE with the official opening of its state-of-the-art £500m ‘factory within a factory’.

Jaguar says the car represents £2bn of product, infrastructure and technology investment,along with an additional £4bn worth of contracts committed to 55 UK based tier one suppliers. Together these suppliers, which cover the length and breadth of the country, have provided 55% of the components included in the new model.

Jaguar Land Rover purchasing director Ian Harnett said: “Jaguar Land Rover is one of the UK’s success stories, not simply because it has seen an upsurge in demand thanks to sustained investment, but because it has been able to support a burgeoning, high-tech, highly skilled supply base here in the UK. With each successive new or upgraded model, we are seeing the positive impact felt amongst the entire automotive sector which is great news for everyone committed to ensuring the UK remains truly competitive on a global stage.”

The opening of its new body shop and trim and final facilities – which represent the largest single investment in the Solihull plant in its 70 year history, was commemorated today by employees who took part in a celebration of the company’s rich and world-renowned motoring brands. Solihull Operations Director, Alan Volkaerts, was joined by legendary British motor racing driver Sir Stirling Moss OBE, Jaguar’s highly-regarded test driver, Norman Dewis OBE, who developed no less than 25 significant Jaguar cars and Land Rover aficionado Quentin Willson.

Speaking at the official opening, Alan Volkaerts said: “This really is an incredibly special day for Jaguar Land Rover and the team here at Solihull, many of whom have witnessed the plant change beyond all recognition in recent time. The arrival of the new Jaguar XE marks a new chapter in the history of this plant and showcases the flexibility of our manufacturing operation thanks to a strategic investment in aluminium technologies and infrastructure.

“I speak on behalf of the whole team when I say what an incredible privilege it is to be producing not one, but two of the world’s best loved motoring brands.”