70% of motorists put off keyless cars by security risk 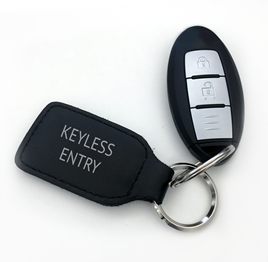 70% of motorists have said they would think twice before buying a keyless car, to avoid being a target for car hackers, according to a survey by Tracker.

Some car security devices are vulnerable to close-range wireless communication¹ attacks, which clones a key¹s built-in immobilisers. This means cars can be unlocked remotely, without their owners¹ knowledge.

"This method relates to the microchips embedded in vehicle keys, whereby the thieves intercept and copy the signal emitted by the key to start the car. The fact that so many of our customers confirm they still have both sets of keys when their vehicle is stolen suggests that electronic key cloning could have taken place."

With nearly three quarters of people wary of buying a car with a keyless entry system, Tracker asked respondents about extra security precautions.

The most popular precaution was an SVR system (40%), with a steering wheel lock in second with 30%, followed by a connection protection device, which is a steel box designed to cover the on-board diagnostic port (25%).

"It's encouraging to see that tracking devices are one of the most popular ways people would secure their vehicle, if it had a keyless entry system."

"Although it won¹t prevent hackers or theft, using a tracking device significantly increases the chances of police locating and returning a stolen vehicle. Whilst the evolution of car technology has made everyday life easier for car owners, its sophistication is not outsmarting thieves, indeed it could be making their lives easier."