The mpg of 1.2 million cars and vans fitted with a defeat device will be unaffected after the software is fixed, says the boss of Volkswagen Group UK.

Paul Willis told MPs on the transport select committee that the carmaker was currently working with the German authorities to establish a fix which was “durable” and one which would not affect fuel consumption. “There cannot be any change in miles per gallon,” he said.

In all, 60 models, five brands – Volkswagen, Volkswagen Commercial Vehicles, Audi, Škoda and Seat – three different engines and two different transmissions have been implicated in the scandal.

The vast majority – around 700,000 2-litre and 1.2-litre models – will only require a software patch to rectify the problem.

This morning (October 13), Volkswagen Group's CEO Herbert Diess made a statement explaining the group would accelerate electric vehicle development, and reduce R&D investments "by some one billion euros per year" as part of a wider efficiency programme across the business globally. 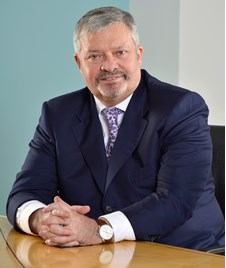 "I apologise to our customers," Paul Willis, managing director of Volkswagen Group UK

However, Willis told MPs that more than 400,000 cars in the UK fitted with the defeat device will require fuel injectors to be replaced as well as a software fix.

He confirmed that a voluntary recall will begin in January, with 2-litre vehicles being dealt with in the first quarter, and it is expected to be completed by the end of 2016.

He said: “I apologise to our customers for it taking so long, it’s better to be thorough and get it absolutely right.”

However, he acknowledged that the timescale was dependent on the network being able to cope with the repairs that would need to be carried out. “There is some risk involved in that, but the goal is to get vehicles fixed by the end of 2016,” he said.

That will be cold comfort to almost half of the respondents to a Fleet News poll, who said that the manufacturer’s timescale was not acceptable.