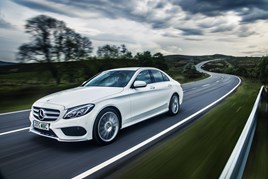 Drivers of diesel hybrid vehicles could have been unwittingly overpaying benefit-in-kind (BIK) tax on their company car.

Company car drivers have contacted Fleet News seeking clarification on the matter, having received tax bills with the 3% supplement applied.

Diesel hybrids first arrived on the market in 2011, with the launch of the Peugeot 3008 Hybrid4 and the Citroën DS5 Hybrid4. However, there was initially some confusion as to whether they would be subject to the 3% diesel supplement applied to other diesel models (Fleet News: November 10, 2011).

Peugeot and Citroën were able to later confirm that the vehicles were exempt from the diesel supplement, and drivers would pay BIK tax at the same rate as a petrol vehicle. But five years later, some company car drivers have discovered they are incorrectly being asked to pay the diesel surcharge.

One diesel hybrid company car driver told Fleet News: “I now have a Mercedes C300H Saloon AMG Line and noticed that the percentage on my latest code for the new tax year is now showing at 20%. I assumed it would be 17% – as do online tax calculators.”

However, the exemption from the diesel surcharge relies on the correct coding of the vehicle when paperwork is submitted to HM Revenue and Customs (HMRC) by the driver’s employer.

Diesel cars are normally coded as type ‘D’ during the car benefit calculation, but the HMRC employment income manual states that this excludes “diesel hybrid cars, which will be within type ‘A’”.

For the BIK tax of a diesel hybrid driver to be exempt from the 3% supplement, the employer would have to correctly identify and submit details of the vehicle being within the type ‘A’ category.

While the number of diesel hybrids sold has been relatively low – 3,873 were registered in 2015, up 36.6% on the previous year – much of the powertrain’s volume has been in fleet due to its CO2 benefits.

Although volumes are low, the impact on a company car driver of a miscoding could be substantial.

“The company payroll department and my tax consultants had not picked up on this,” said another company car driver. “HMRC has been relatively helpful, and I am now in the process of getting my P11D rectified to claim the appropriate tax refund.”

HMRC told Fleet News that the onus was on the employer to ensure vehicles were correctly banded in their BIK submissions.

“Where an individual thinks there is an issue with the information on their P11D they need to talk to their employer in the first instance, to make sure the details are correct,” said an HMRC spokesman.

“If the details were incorrect we would then re-adjust their code to the correct amount. For instance, if the code was re-adjusted and they had been paying too much tax, their monthly tax bill would then be reduced.”

Mercedes-Benz has urged employers and company car drivers to double-check tax codes. “We would encourage our customers to check that they are not paying more than they need to,” said a spokesman.