Was this article useful?
1 person found this useful
19 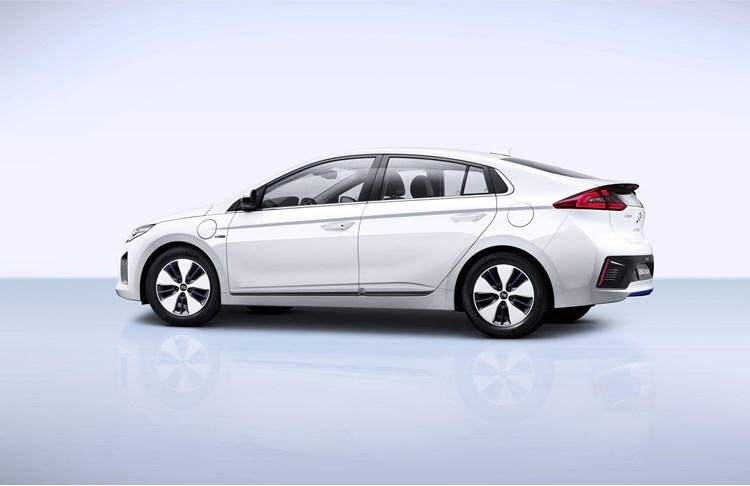 Hyundai has revealed prices and specifications of its forthcoming Ioniq, its new hatchback offering a choice of EV, hybrid and plug-in hybrid drivetrains.

The Ioniq will be offered for sale from October 13 in Hybrid and EV forms, with sales of the plug-in hybrid due to start next year - pricing will be announced closer the time.

The EV is expected to receive eligibility for the Plug-in Car Grant – potentially benefitting from a £4,500 grant – and claims a 174-mile range for the Ioniq Electric, with an 80% recharge possible in 33 minutes from a 50kW CCS Combo Rapid public charger.

Ioniq Electric initially available from a selected network of 27 dealerships, with full network rollout in 2017.

The Ioniq Hybrid will claim 83.1mpg fuel economy on the combined cycle and 79g/km CO2 emissions, with the Hybrid Premium returning claims of 70.6mpg and 92g/km CO2.

The former claims a 10.8 second dash to 62mph, with the latter claiming 11.1 seconds and both delivering a 115mph top speed, according to Hyundai.

Delivering the fastest acceration to 62mph is the Electric, with a time of 9.9 seconds.

Whitehorn said described the Ioniq as “an important milestone” in Hyundai’s sustainability strategy, adding that it brings “innovative technologies to the market and extending the company’s product range of low-to-zero emission vehicles, which already includes the world’s first mass-produced fuel-cell electric vehicle, the ix35 Fuel Cell.”

The entry-level Hybrid SE 1.6 GDi will see a specification which benefits from 15-inch alloy wheels, a DAB radio with Bluetooth, cruise control and rear parking sensors with a rear view camera.

Leather seats which offer both heating and ventilation in the front and heated outer seats in the rear, a heated leather steering wheel, 17-inch alloys, Blind Spot Detection with Rear Cross Traffic Alert, front parking sensors and optional 17” alloy wheels all feature on the range-topping Premium SE trim, which is priced from £23,595.