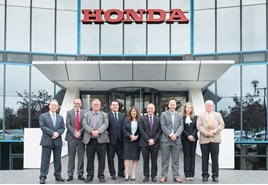 Honda is revamping its corporate sales team, ahead of rolling out a new strategy to target fleet sales more effectively in time for the launch of a crucial new model in 2017.

The company is in the process of recruiting a manager of corporate sales operations, a position that has been vacant for more than a year, but has restructured the fleet team in a bid to take advantage of the new Civic which will go on sale in 2017.

Honda says the first phase of the strategy, currently being rolled out, is to refocus on Honda Contract Hire with its present customer base: leasing companies, fleet operators and the wider retail network.

Meanwhile, Jacqui Rowe, who joined Honda from Volkswagen in February, becomes corporate engagement manager, and Mark Walton will be responsible for major accounts in the south, while Ian Munro will look after the north.

Finally, Kevin Parsons, who joined Honda from pricing experts Glass’s in February, will be responsible for analysing the profitability, pricing and yield of all fleet sales. 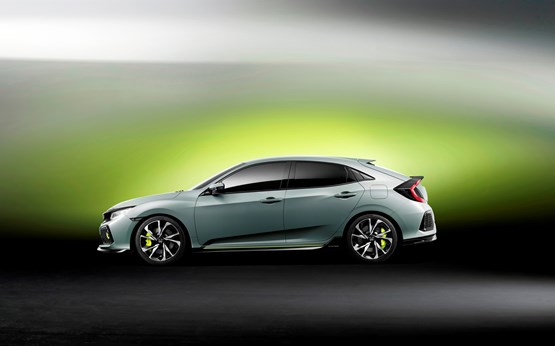 According to the manufacturer, the strategy is delivering good results, with volume growth of 103% and a 50% growth in the number of retailers working with Honda Contract Hire, as well as a quadrupling of leasing order take.

Honda will reveal details of the second phase of the ‘Honda Platinum Business Programme’ at a later date.

David Jacobs, national dealer programmes manager, will be responsible for the programme, aimed at increasing the number of dealers involved in supplying corporate cars.

Importantly, more than 60% of its corporate sales to-date in 2016 (9,340) are true fleet, with captive sales and Motability taking fewer than 3,000 each, and just one registration designated as daily rental.

Phil Webb, head of car division at Honda UK, said: “Following the relaunch of the model line-up last summer and ahead of the launch of the new Civic next spring, we felt the time was right to review our corporate operations.

“We absolutely want to deliver the best service we can in the corporate world and want to ensure that we work with our dedicated dealer network.

“We are confident that our new focus and team set-up will deliver our long-term vision of sustainable and steady growth as well as the delivery of the top-level customer service which customers expect of Honda.”

For now, Andy Shields is interim manager for fleet sales operations on a consultancy basis while a full-time manager is recruited.

While the model range expanded in 2015, there are two further opportunities for the brand to engage with current and new customers.

Last year Honda launched a heavily revised CR-V, which saw the most powerful diesel version downsized from 2.2 litres to a more frugal bi-turbo 1.6, which cut CO2 on manual versions and dramatically reduced them for automatic variants thanks to a new nine-speed gearbox.

Last summer, a new Jazz was launched, traditionally popular with public sector fleets, while the HR-V gave the company a model to compete with crossovers such as the Vauxhall Mokka and Nissan Qashqai.

The new Honda Civic will enter the lower-medium sector in 2017, a vitally important segment for fleet operators, but before that the company will launch a new hydrogen fuel cell vehicle in the UK and join the HyFive project – a Europe-wide scheme to aid the adoption of hydrogen cars.