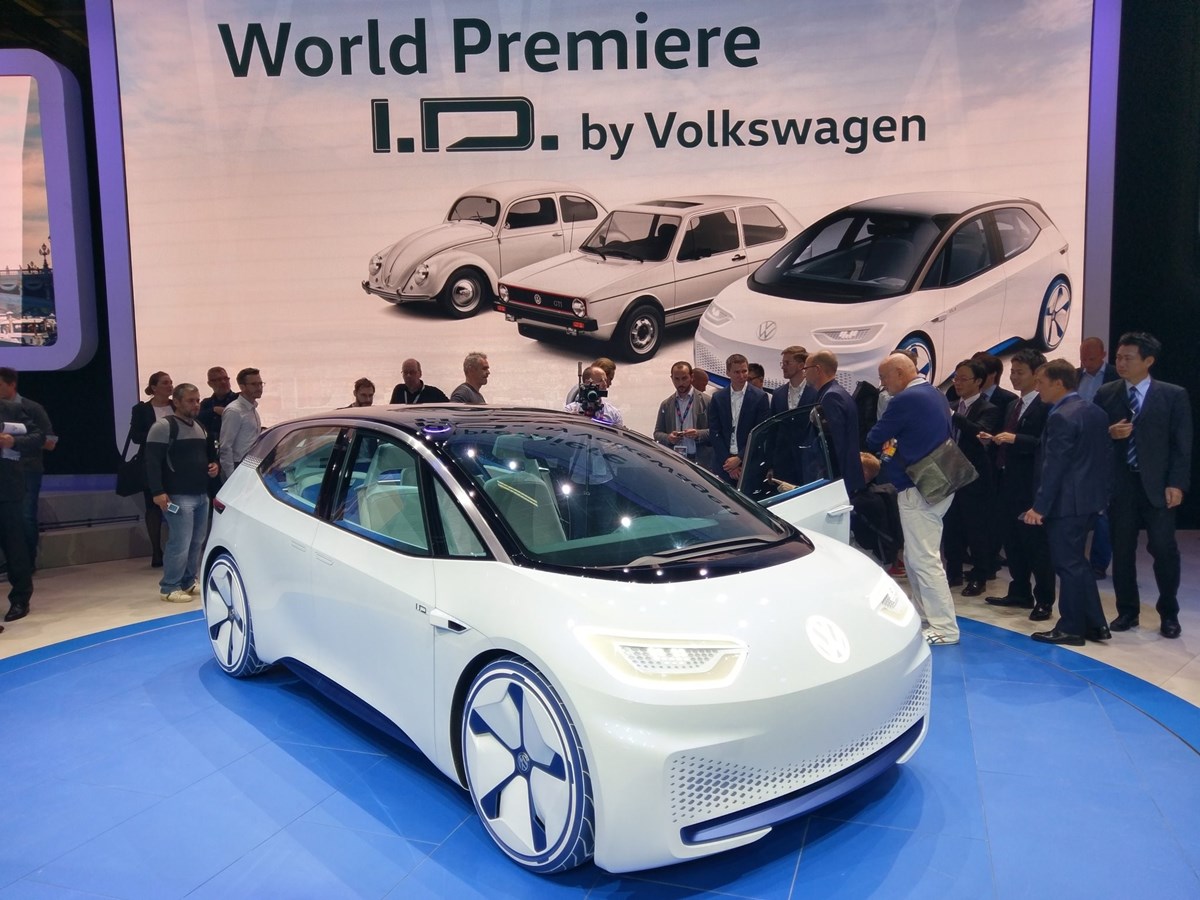 The car includes an average 300-mile range per charge, and is due to be launched in 2020 at a price on a par with comparably powerful and well-equipped Golf.

In "I.D. Pilot" mode, the electric car is capable of fully automated driving - this technology should be ready for series production in 2025. Volkswagen is setting the goal of selling a million electric cars a year by 2025.

A vehicle concept for a new era. I.D. is Volkswagen's first compact concept car based on the new MEB vehicle architecture. MEB stands for "Modularer Elektrifizierungsbaukasten" ("Modular Electric Drive Kit") - and it was conceived for pure electric drive.

The company believes anyone who drives a Volkswagen in the future will be given their own Volkswagen ID. The ID is an individual profile, in which the personal seat and air conditioning settings, the favourite radio stations and songs, the sound system settings, the exterior sounds, the configuration of the navigation system, and the type of ambient lighting, as well as the contact details of the driver's friends and business associates, are saved. This profile can be securely accessed via the cloud, enabling the I.D. to recognise the legitimate user by their smartphone - the Digital Key - and know who is about to get behind the wheel.

In the I.D. the head-up display features Augmented Reality. Information such as the directions given by the satellite navigation system are, for the first time, projected as virtual images that appear to be between 7 and 15 metres ahead of the car.

In place of the rear-view mirrors there is now a system that looks exactly the same and performs the same function, too: the e-Mirror. This combines data from three external cameras on a monitor. The images are transmitted from the wing mirror cameras on the left and right-hand sides of the car as well as a rearward facing camera. Doing away with the wing mirrors improves the aerodynamics of the vehicle. The only button in the I.D., for the hazard warning lights, is to be found in the base of the mirror.

In fully automated driving mode the laser scanners are active. Four protrude from the roof of the I.D. in "I.D. Pilot" mode, but the smartly styled roof sensors are also visible thanks to indirect blue lighting, like the diffusers and side sills, to indicate that the I.D. is in fully automated mode. The fully automated mode is also indicated by blue illumination of the diffusers at the front and rear of the car, as well as the side sills. The I.D. is capable of detecting other road users not only using its laser sensors, but also with ultrasonic sensors, radar sensors, side area view cameras and a front camera. Traffic data is also constantly collected and compared with the vehicle data via the cloud.

In multi-storey car parks Volkswagen's concept car can find a parking space all on its own. All the driver has to do is stop the I.D. in a specially marked zone in the entrance to the car park that is suitably equipped with the necessary infrastructure and activate the "Pilot for multi-storey car park" using the Volkswagen app.

The electric engine has a power output of 170hp. Subsequent production versions could also be offered with more or less powerful electric motors.  The battery can be charged by cable or using an inductive charging interface in the front of the car.