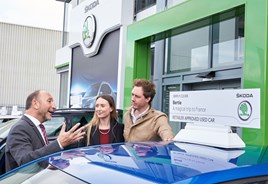 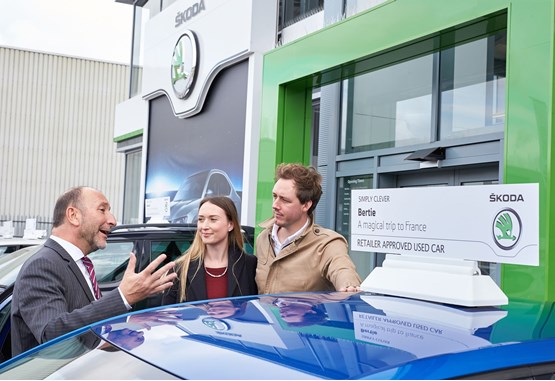 Škoda is piloting a new approach to selling used cars to try and make the process more personable and more informative to customers.

The trial, which starts today at Willis Motor Company in London and lasts for three months, sees insight from previous owners used to help attract new ones.

Anyone trading in and upgrading their Škoda will share information such as the car’s name, its personality traits and special family memories that it has helped to create. These details will then be passed on to potential customers so they can get to know more about their new car than just its mileage and service history. If successful, Škoda will extend the programme across its entire retail network.

Research conducted by the manufacturer to help shape the pilot found that a quarter (24%) of the British public think the used car industry needed a modern new approach. Of those surveyed, just 6% called it “fun” and 5% thought the sector was “innovative”.

Nick O’Neill, national used car manager for Škoda UK, said: “Since the dawn of the automobile, the used car sales process has largely remained the same. However, as our research shows, many people feel that some change is needed.

“After buying a house, a car is the most expensive purchase that most of us will ever make. When you look round prospective homes, it can help to add appeal to a property if you see happy photos of the current owner and their family hanging on the wall. You understand that if someone can love it there, you can too. We’re applying a similar logic to the used car sales experience.”

Among the 2,000 British drivers that Škoda spoke to, almost a fifth (19%) described their car as “part of the family”, 40% said it had helped to create magical memories, and more than a third (36%) had given it a nickname. Nearly two fifths (39%) of the respondents said that learning more about their prospective new set of wheels from the previous owner would make the sales experience more compelling.

Dennis Willis, proprietor of Willis Motor Company, said: “We’ve been selling used cars for more than 25 years, and I’ve seen first-hand the way that the relationship between owners and their cars has changed.

“People don’t just own a car now – they love it, it becomes part of them and their life. No one has done anything like this in the industry to reflect that shift: Škoda is breaking new ground.”

In an extension to the showroom pilot, some Willis Motor Group Škoda ads will also provide the name the car has been given by its previous owner, the personality traits it exhibits, and the special memories it has helped to create.