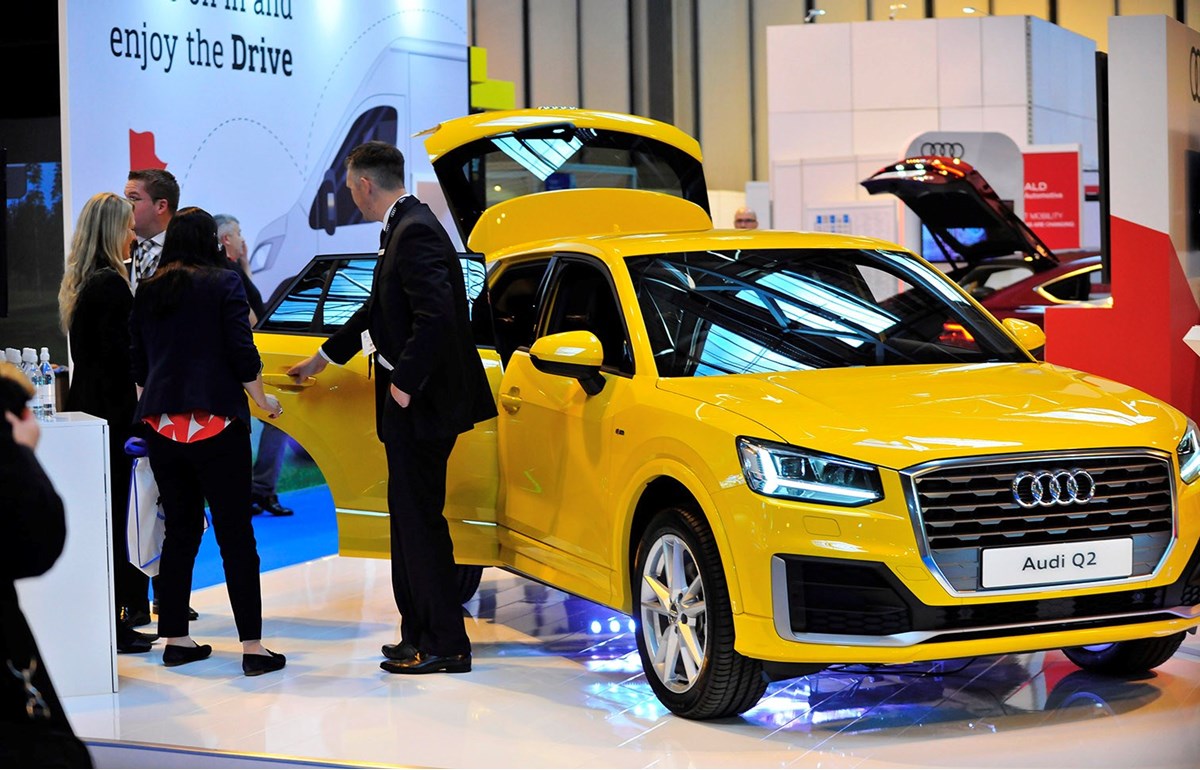 Several manufacturers used Fleet Management Live as an opportunity to introduce fleet buyers and decision makers to new models for the first time.

The new Land Rover Discovery made its first UK appearance after its Paris Motor Show launch, in striking First Edition trim. Based on the highest specification model, and featuring a TD6 3.0-litre model, the car made an impact, although fleets are more likely to opt for the 2.0-litre Ingenium diesel. Jaguar's XE was also on display.

There were two new models on the Audi stand, the Q2 small SUV and the A5 Sportback. The Q2 launches in dealers early in November, with the A5 arriving on British shores in January.

Honda gave fleet managers the first public look at the new UK-built Civic, which will be offered with a new 1.0-litre turbo petrol, alongside the existing 1.6-litre diesel.

The Infiniti Q30 and QX30 were joined by the new Q60 coupe, on sale later this year.

The hydrogen fuel cell Toyota Mirai returned for a second year, and was joined by the new Toyota C-HR crossover, for which deliveries begin in the new year.

BMW was showcasing the power of electrification, with iPerformance models including the 330e, 225xe and 740e on display. Mini's fleet-focused Clubman One D was also displayed, with emissions from 99g/km.

Vauxhall was demonstrating its Onstar assistance technology in an Astra Sport Tourer, alongside a heritage Astra model to compare old and new.

Fleet Management Live gave fleet decision makers a chance to see both of the new S90 and V90 models from Volvo together, alongside the larger XC90.

Seat's entry to the crossover market, the Ateca, was on display in various specifications, with a virtual reality experience also on offer.