Was this article useful?
2 people found this useful
6 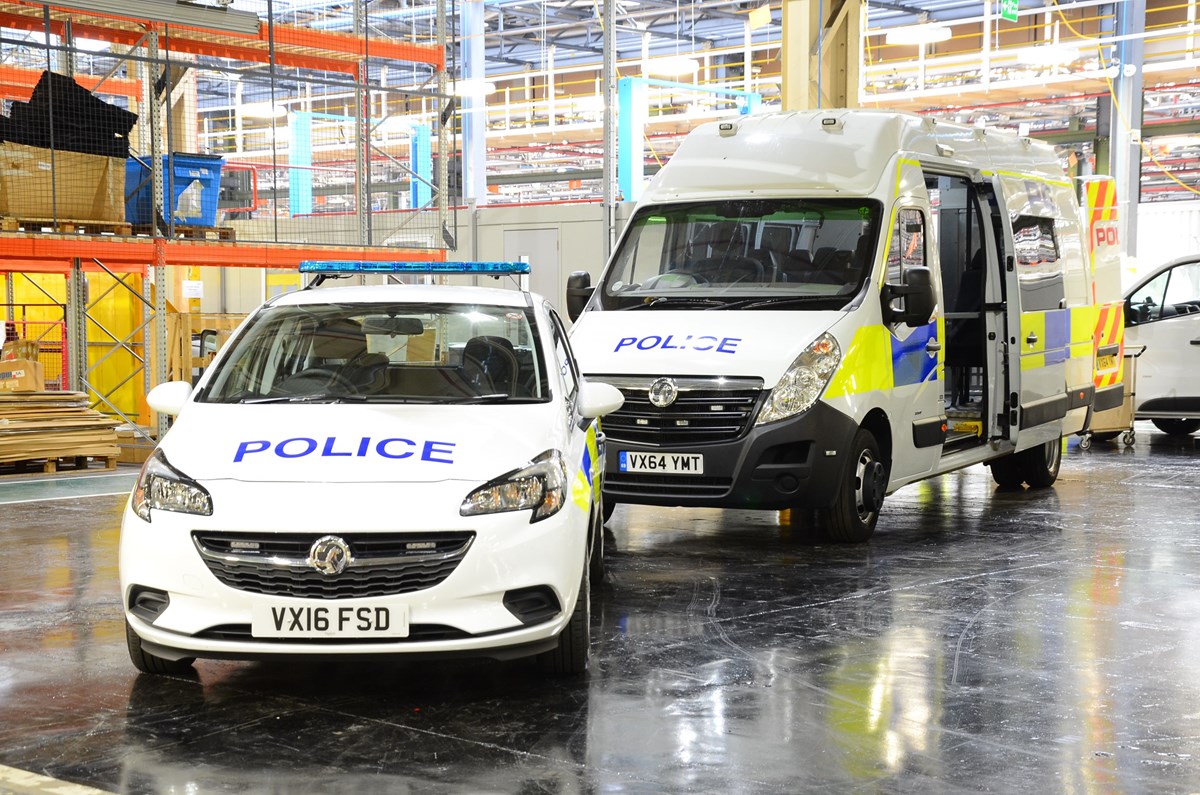 Vauxhall has moved its Special Vehicle Operations facility, which produces turnkey bluelight vehicles, to its manufacturing plant in Luton which in the long term will deliver a cost benefit.

The plant, which currently produces the Vivaro van and houses the Vauxhall commercial vehicle conversion centre, is now responsible for producing more than 2,500 police cars and vans plus vehicles for the fire and ambulance service each year.

Moving the operation in-house, from its previous location in nearby Millbrook, not only saves the brand money in the long run and gives it the opportunity to be competitive in future tenders but also gives greater capacity for expansion and control over the operation.

Dick Ellam, manager of Vauxhall’s Special Vehicle Operations, told Fleet News: “At Millbrook we were land-locked, giving us capacity constraints. At Luton we have double the capacity and we have increased the number of workstations. Currently we only run a single shift but we can switch to double like the rest of the plant if needed.”

The team of conversion specialists working at the plant produces 60 cars per week, with a single Vauxhall Astra police car taking a day to complete.

Building riot and cell vans takes longer, up to 350 hours for the most complex, but as vehicles are built to bespoke customer specification, build times can vary.

More than 2,000 vehicles will be supplied to 28 bluelight fleets by Vauxhall over the next two years through a large procurement contract, set up via the Crown Commercial Service framework – an initiative which brings together public sector groups to leverage large discounts. (fleetnews.co.uk, December 9, 2015)

“Having a turnkey solution is much easier for me, there is one order, one invoice and the entire process is handled by Vauxhall. The move to Luton will speed up the delivery time and reduce the overall cost,” she said

Ellam added: “The biggest change we’ve seen is an increase in demand for a turnkey solution. Not only because of budget pressures but due to liability. We accept liability should something go wrong which takes pressure off the fleet manager.

“If they are converting their own vehicle and something goes wrong that can be quite dangerous. As they are buying turnkey cars we take that risk and concern away from them.”

An array of Vauxhalls are used by the emergency services and converted at the Luton facility including Corsa, Astra, Insignia and Mokka cars, and Combo, Vivaro and Movano vans.

The vehicles are factory specification and there are no upgrades or enhancements to the drivetrain, this makes maintenance and re-sale simpler.

Residual value is becoming an increasingly important factor for bluelight fleets, according to Ellam. For the past five years his team have been working hard to integrate police equipment into the vehicles so it can be removed – again without damage.

The new Astra police car demonstrates this approach, its interior features moulded trim panels which house the additional switch pack to control the sirens and the civilian radio is removed and replaced with a police radio.

“We do not drill holes in the vehicle because when the car comes to end of life we want to get maximum residual for that vehicle. We try to come up with innovative ideas to avoid drilling holes.

“Another area we have to be careful, as it’s a direct sale to the customer, is head impact. All our equipment is outside of the head impact area,” explained Ellam.

Fleet News was able to test a converted police car while visiting the new factory and, other than the greatly improved behaviour of surrounding motorists, from the driving seat the police Astra Sport Tourer was almost indistinguishable from a standard model.

Ellam’s team don’t have a great deal of input into the design of new Vauxhall models but do specify that the brakes need to meet enhanced Government safety tests, therefore Vauxhall has incorporated this specification into standard production.