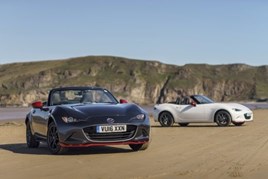 Cars from ten different manufacturers have been hailed best-in-class after the first round of voting in the UK Car of the Year Awards 2017.

The overall winner will be announced on February 24 when the winners of the 12 categories will battle it out for the title of UK Car of the Year 2017.

Hyundai, Toyota, Renault and SEAT all register first-ever wins in the annual awards which are supported by Cox Automotive.

Mercedes-Benz and Porsche claimed two prizes apiece. In the Best Executive Car category, the Mercedes-Benz E-Class took top spot, while the S-Class Cabriolet was hailed as Best Cabriolet. The Porsche pairing of the 718 Cayman and Boxster were voted Best Coupe and Best Sports Car respectively.