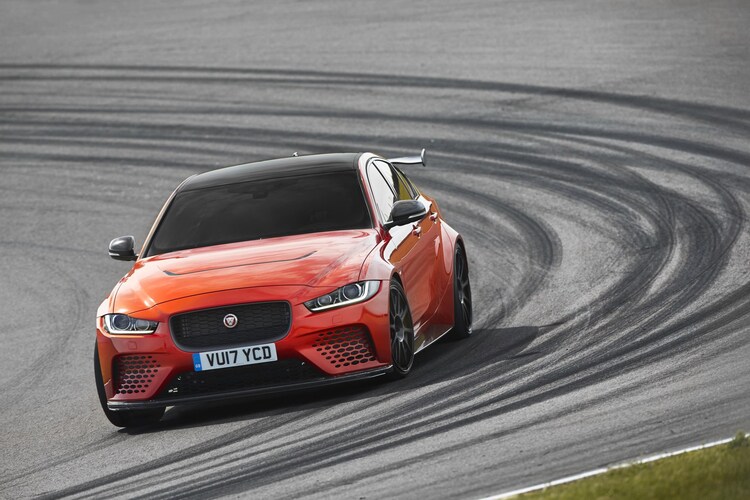 Jaguar has revealed a high-performance version of the XE saloon, the SV Project 8, costing £149,995.

Built by Jaguar Land Rover’s Special Vehicle Operations, the Project 8 can crack 200MPH and accelerate from 0-60MPH in 3.3 seconds.

It’s a far cry from the standard 2.0-litre diesel XE, which can return up to 75mpg with emissions from 99g/km.

We don’t have the full specs for the new flagship model, but we expect its 600PS 5.0-litre supercharged V8 is considerably less frugal.

Project 8 is also the first Jaguar to feature a dedicated Track Mode, which tailors driveline and stability control systems for circuit use, and sharpens both throttle and steering responses for ultimate precision and driver feedback.

The Jaguar XE SV Project 8 will make its world debut at Goodwood Festival of Speed in West Sussex, UK, which runs from June 29 June to July 2.

Jaguar's XE needs to offer something special to tempt drivers away from its German premium rivals. Does it?

Jaguar has announced a range of enhancements to its model range, including a new low emissions engine for the F-Pace.

Jaguar has introduced a new 300PS Ingenium petrol engine for the XE and XF saloons and F-Pace SUV.