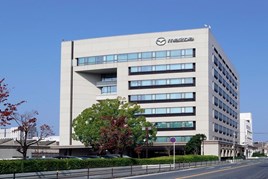 Toyota and Mazda signed an agreement to enter a business and capital alliance, with the aim of further strengthening their lasting partnership.

In addition, Toyota and Mazda agreed to a capital alliance arrangement that preserves independence and equality for both companies.

Toyota president Akio Toyoda said: “The greatest fruit of our partnership with Mazda is that we have found a new partner who truly loves cars. It has also sparked Toyota’s competitive spirit, increasing our sense of not wanting to be bested by Mazda. This is a partnership in which those who are passionate about cars will work together to make ever-better cars. It is also the realization of our desire to never let cars become commodities.”

Mazda’s president and CEO Masamichi Kogai added: “Nothing would please me more than if, through this alliance, we can help to energize the auto industry and create more car fans by bringing together two competitive spirits to spur each other on, leading to innovations and fostering talent and leaders.”

On May 13, 2015, Toyota and Mazda entered an agreement to build a continuous partnership that would mutually benefit the companies in such forms as leveraging the resources of both companies and complementing each other’s products and technologies toward the goal of making more-appealing cars.

Since then, both companies have discussed various areas to explore, based on the principle of building an equal and favorable relationship in the long term.

Toyota and Suzuki will explore possibility of co-operating in areas including the environment, safety, IT and mutual supply of products and components with the aim of jointly contributing to a resolution of social issues and achieving sound and sustainable development of an automobile-based society.

Mazda dealers have ranked the brand ahead of 24 other vehicle manufacturers in the latest NFDA (National Franchised Dealers Association) survey.