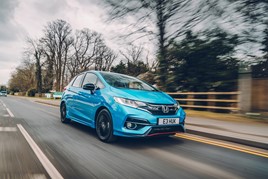 Hondas are more likely to pass an MOT first time than any other brand, according to Department for Transport (DfT) statistics.

The official information shows which cars are awarded a pass most often, based on data from 2017.

In addition to topping the list of brands most likely to achieve a pass first time, Honda also has the highest number of MOT passes for an individual model.

“The fact that Honda vehicles passed a higher proportion of MOT tests in 2017 than any other marque, and that the Jazz has the highest individual pass rate, is evidence of the reliability and durability of our fleet line-up.”