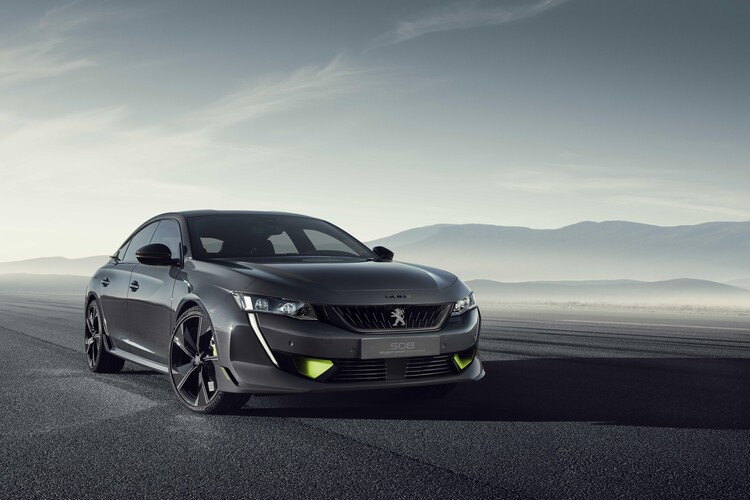 Peugeot has unveiled a high-performance plug-in hybrid 508 at Geneva, which emits just 49g/km.

With all-wheel-drive, the concept can accelerate from 0-60mph in 4.3 seconds.

Peugeot confirmed plans to develop a range of high performance electric vehicles last year and the new concept car is the first step on its journey towards electrification.

This 508 Sport Engineered concept has a zero-emission range of up to 31 miles when switched to 100% electric mode and CO2 emissions of 49g/km (WLTP).

A redesigned front bumper incorporates a 3D-printed valance, designed to direct incoming air towards the radiator and new rear diffuser.

The concept car marks the beginning of an important year for Peugeot, as it begins making the transition towards a fully electrified range. It has committed to providing an electrified version across its entire range by 2023, with the first commercial Battery Electric Vehicle (BEV) model set to arrive later this year.

David Peel, managing director of Peugeot UK, said: “The work of everyone at PEUGEOT involved in developing our electric dream is starting to move faster than we ever thought possible. The 508 Peugeot Sport Engineered concept shows what is possible and gives us a taste of things to come over the next five years as we continue the path towards the electrification of our entire line-up.”

A production version of the 508 plug-in hybrid is expected to launch this year, using a 1.6-litre petrol engine and electric motor for a combined output of 225PS. It will have a zero-emission range of around 30 miles and CO2 emissions of less than 49g/km.