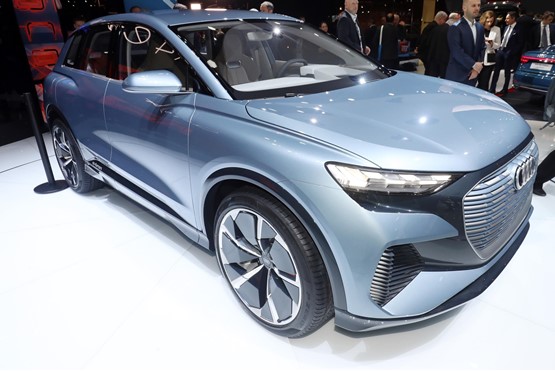 Audi will launch a fully-electric compact EV by the end of 2020, know as the Q4 E-Tron.

The concept model, revealed in Geneva, boasts a 279-mile range and all-wheel-drive. 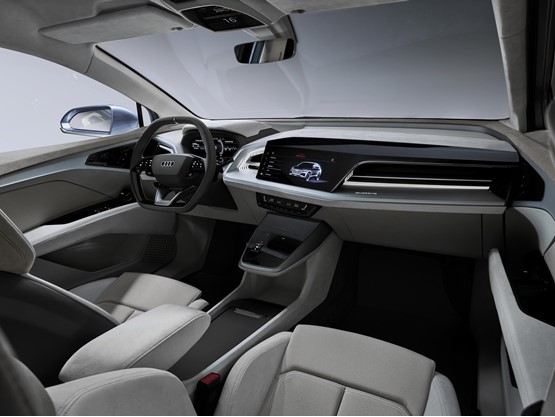 The production version is likely to feature the same twin-screen infotainment setup as most recent Audis. There will also be a digital instrument cluster, as seen in this concept model.

To improve driveability and efficiency, the Q4 E-Tron mainly utilises its rear electric motor to drive the rear wheels. The front motor can be called on for extra power or traction when required.

Audi says the battery is mounted low in the centre of the car, giving it better handling and stability. 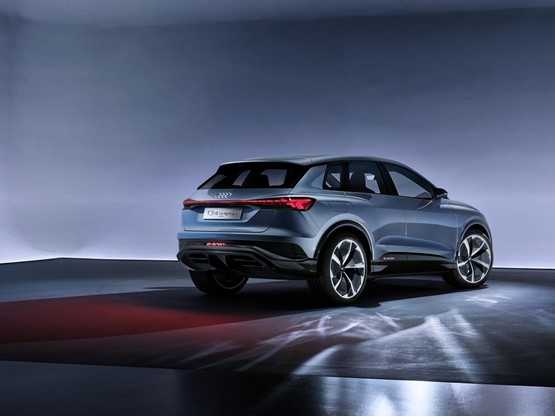 Later this year, the Audi e-tron Sportback will be presented, and the Audi Q2L e-tron, which was designed specifically for the Chinese market, will roll off the assembly line. The presentation of the production version of the four-door high-performance coupé Audi e-tron GT, which is being developed at Audi Sport GmbH, is planned for the second half of 2020. The compact Audi Q4 e-tron is to make its production debut at the same time. 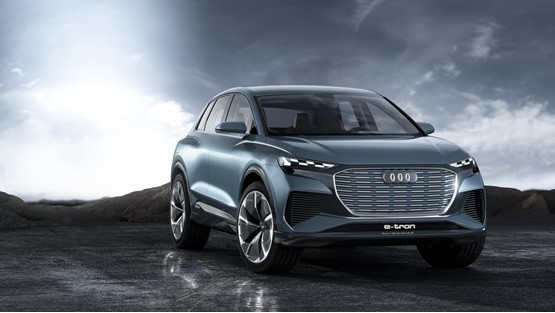 Audi is now taking orders for the new e-tron, its first fully-electric model, which is set to rival the Jaguar I-Pace and upcoming Mercedes-Benz EQC.

Audi to launch A6, A7 Sportback, A8 and Q5 plug-in hybrids

Audi is to unveil plug-in hybrid variants of its A6, A7 Sportback, A8 and Q5 ranges at next week’s Geneva motor show.

The fully electric model is based on a four-door coupe-crossover body style.