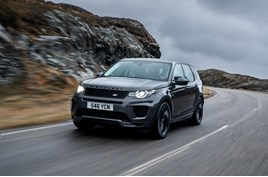 Jaguar Land Rover (JLR) is recalling 44,000 cars in the UK after regulators found 10 models were emitting more carbon dioxide (CO2) than they had been certified to emit.

JLR said it was a voluntary recall of certain 2016-2019 model year Jaguar and Land Rover vehicles fitted with 2.0-litre diesel or petrol engines.

Affected models include some 2.0-litre 2016 to 2018 Land Rover Discovery and Discovery Sport models; certain 2.0-litre Range Rover Evoque, Sport, and Velar cars; and Jaguar E-Pace, F-Pace, F-Type, XE and XF cars. Most affected models are petrol, while some are diesel.

The manufacturer said that some of the models will need physical repairs in a dealership, while some will need software updates.

"The modifications made to affected vehicles will be made free of charge and every effort will be made to minimise inconvenience to the customer during the short time required for the work to be carried out," a JLR spokesman told the BBC.

The carmaker says it will contact owners to arrange repairs.

The emissions recall comes at a difficult time for the company. It recently announced it will cut 4,500 jobs globally, as part of its 'Charge and Accelerate' programme.

The company aims to achieve £2.5 billion in cost reductions and cashflow improvements over 18 months as well as long-term strategic operating efficiencies.

The savings and improvements achieved will enable Jaguar Land Rover to fund vital investments into technology to safeguard its future.

The firm posted a £90 million loss in October.

The company has reportedly been hit by poor sales in China and the drop in demand for diesel cars.

In November 2018, JLR sales in China were down 50.7% when compared to the previous year as market conditions remained difficult with continuing consumer uncertainty following tariff changes and trade concerns.

Jaguar Land Rover will lead a new Government-backed project to accelerate the development of low and zero emssion vehicles.

Land Rover’s fleet sales, not including Motability and captives, were 17.6% down after the first three quarters of 2018, with 19,661 units registered, compared with 23,873 for the same period last year.