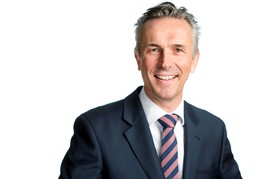 Volvo Car UK has announced Kristian Elvefors as its new managing director after incumbent Jon Wakefield accepted the role of MD at Volvo Sweden. Both men will take up their new positions on June 1, 2019.

Elvefors has worked for Volvo in Sweden for the past 16 years, and led the operation since 2015.

Over that period it has focused on its retail sales, softening the fleet share of registrations from two-thirds to just under half.

Wakefield will work closely with the newly appointed senior vice president of global commercial operations, Bjorn Anwall, in the integration and management of Volvo across the EMEA region.

The Swedish market is the largest for Volvo outside of China and the USA, and will be the source of much company attention as the transition of the Volvo brand continues, along with the integration of other Geely brands, Polestar and Lynk & Co.

Commenting on his imminent move, Wakefield said: "I have thoroughly enjoyed my time with Volvo Car UK, where we've achieved so much in recent years.

“We've moved the business forward considerably for all Volvo partners, and I'm hugely grateful for the combined efforts of the great team here at Volvo Car UK, the strong retailer network and our suppliers in making these results happen."