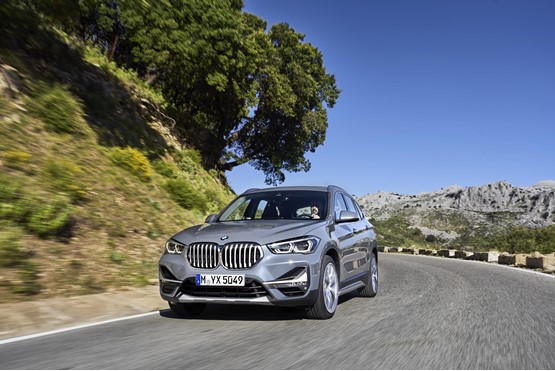 The new model can be ordered now with prices starting from £28,795. Petrol and diesel models are initially available, to be joined by the xDrive25e plug-in hybrid next year.

Updates to the car’s styling include a larger front grille, redesigned bumper and new LED headlights.

The engine line-up consists of two petrol and two diesel engines, with a choice of front- or all-wheel-drive.

The sDrive18i uses a 1.5-litre petrol engine with 140PS, which emits 125g/km of CO2. There is also a more powerful 192PS 2.0-litre model, available in sDrive (front-wheel-drive) or xDrive (all-wheel-drive) configurations.

Both diesel models use a 2.0-litre engine, with 150PS or 190PS. Both are available in sDrive and xDrive.

The plug-in hybrid will combine a 125PS petrol engine and 95PS electric motor, giving all-wheel drive and a zero-emission range of 31 miles.

An updated Navigation system comes with an 8.8-inch or optional 10.25-inch Touch Control Display. It incorporates the sixth generation of BMW’s iDrive that introduces touchscreen control for the Control Display alongside the iDrive Controller and optional intelligent voice control.