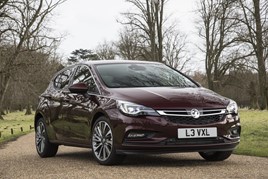 The next Vauxhall Astra may not be built in the UK if the final terms of the UK’s Brexit deal are not favourable.

Vauxhall’s owners, Groupe PSA, have confirmed that the next-generation model will be built in two European factories, but stated that “the decision on the allocation to the Ellesmere Port plant will be conditional on the final terms of the UK’s exit from the European Union and the acceptance of the New Vehicle Agreement, which has been negotiated with the Unite Trade Union.”

The group has confirmed that the Russelsheim plant will be one of the plants to manufacture the next Astra.

Currently, the Astra is built in Ellesmere Port, Cheshire and Gliwice in Poland. The model is currently halfway through its lifecycle having launched in 2015.

The current Astra will be facelifted before the end of the year, before an all-new model is revealed in 2022.

Since the acquisition of Vauxhall Motors by Groupe PSA, it has been working hard to turn around the fortunes of the brand and to address the performance of the commercial and manufacturing divisions.

Trade body SMMT warns the next Prime Minister ‘no deal’ Brexit could cost the UK auto industry up to £70m a day in tariffs and delays to parts at the border.

Following the unveiling of the fully-electric Corsa-e, Vauxhall has revealed details of the conventional petrol and diesel models.

Ford has announced it will cut 12,000 jobs across Europe in the next year, as it outlines plans to improve profitability.