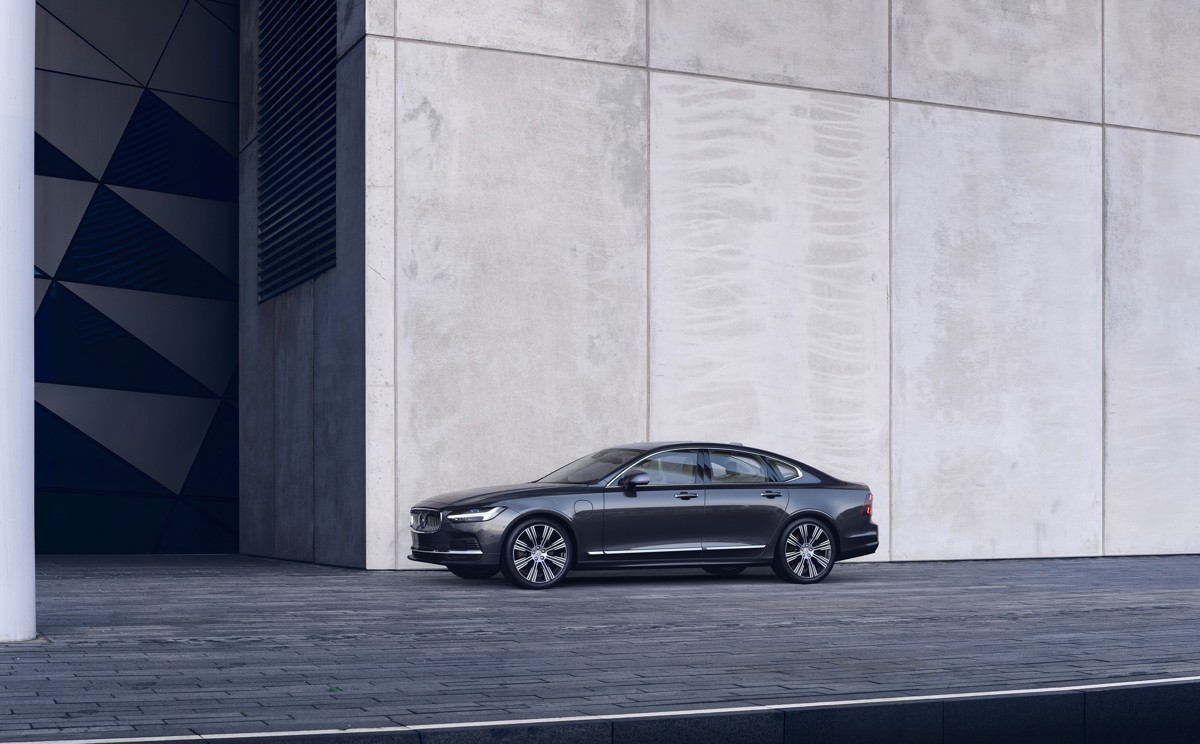 The new engines, first introduced on the XC90 and XC60, will be offered on the S90, V90 and V90 Cross Country. They will also be rolled out across the brand’s entire model range this year.

Initially the T4, T5 and T6 petrol engines will be replaced by mild-hybrid versions known as B4, B5 and B6.

The D4 and D5 diesel will also become mid-hybrid, badged B4 and B5 too. They’ll be introduced towards the end of the year.

The mild-hybrid system consists of a 48-volt battery, a KERS kinetic energy recovery system and an integrated starter generator. Volvo says it improves fuel economy by up to 15% per cent in real-world driving.

Alongside the new powertrains, the new S90 series receives styling tweaks to the bumpers to give a fresher look. V90 models additionally receive updated taillights.

Inside, the optional Bowers & Wilkins audio system has been upgraded for an even better in-car sound experience, thanks to new features such as an upgraded amplifier, automatic vehicle noise cancellation and a new setting that Volvo says can mimic the sound of your favourite jazz club.

Another new feature inside is an Advanced Air Cleaner with a PM 2.5 particle sensor. First developed for the Chinese market and now rolled out globally, it allows drivers to monitor interior air quality via the centre screen. If desired, the Advanced Air Cleaner can clean the cabin air of almost all tiny particles within a few minutes.

In terms of interior materials, the exclusive tailored wool blend seats introduced on the XC90 last year are now also available on all 90 and 60 models, while there is also a leather-free interior option for the top trim levels.

Prices and CO2 emissions for the new S90 and V90 models have not yet been announced.