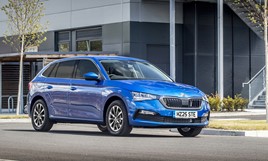 Skoda has introduced a new SE Technology variant to its Scala range with high equipment levels to appeal to more business drivers and fleet customers.

Front and rear parking sensors and cruise control are also fitted as standard, along with rear LED lights with dynamic indicators.

Based on the standard specification of the SE model, the SE Technology model is fitted with additional equipment with a value of £2,100, but is priced at just £400 more than the SE.

The Scala SE Technology is equipped with a 1.5 TSI petrol engine that develops 150PS. Skoda says it will add further engines to the trim later in the year. 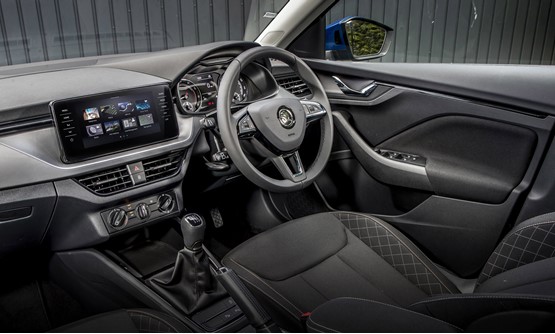 Customers can choose between a six-speed manual transmission or a seven-speed DSG, which is equipped with Stop/Start technology and Active Cylinder Technology (ACT). The system shuts down the two middle cylinders when engine load is low, thereby reducing fuel consumption. The driver is aware whether two or four cylinders are active by a related indicator in the multifunction display between the speedometer and tachometer.

Read our review of the Skoda Scala.

Red Bull has taken delivery of 27 new Skoda Scala models, to be used by its sales team.

Skoda to axe Scout versions of Karoq and Kodiaq

Skoda is set to axe the Scout versions of its Karoq and Kodiaq SUVs due to limited customer demand.