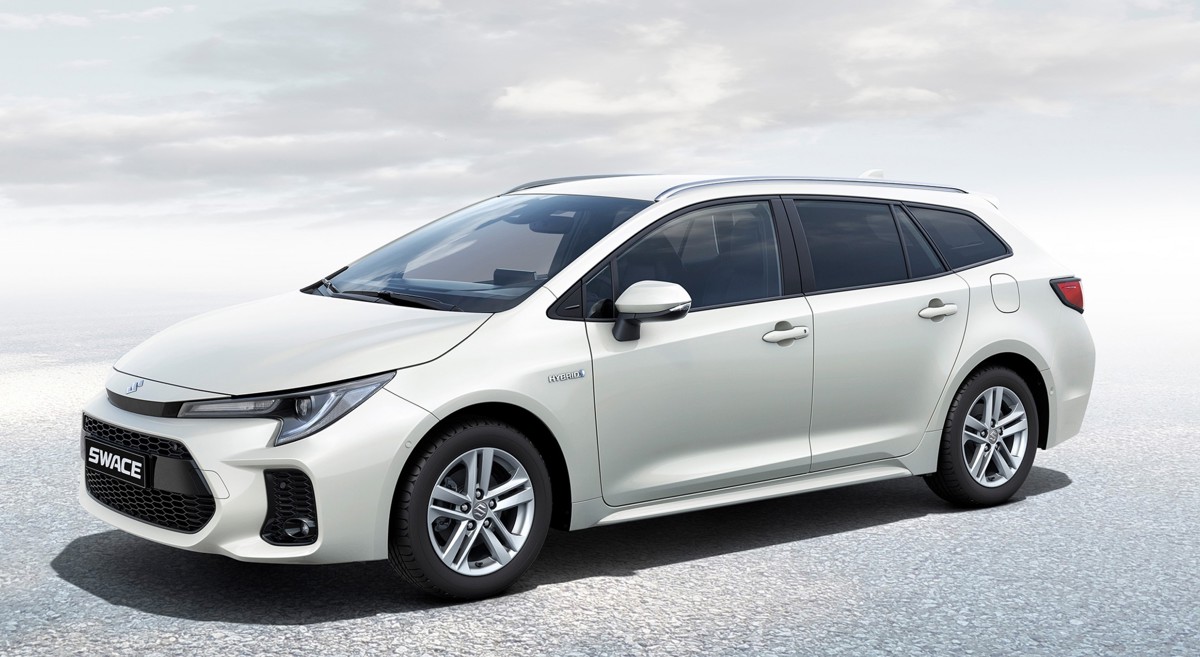 Suzuki has unveiled its Swace hybrid estate car which will go on sale in Europe this winter.

It is the second vehicle to be supplied to Suzuki by Toyota Motor Corporation under a collaborative business agreement between the two companies.

CO2 emissions are 99g/km (low) to 115g/km (high), and UK specifications will be announced closer to the launch date.

The system optimally drives the Swace with the motor, engine or both depending on driving conditions.

It is equipped with an EV drive mode in which the car is driven solely by its motor with power supplied from the battery for short distances.

Its boot has a 596-litre capacity, while the rear carpeted floorboard can be placed in a lower position to store taller objects. It has a resin backside which means it can be used for stowing wet or dirt items, while the rear seats fold to create a fully flat loadspace.

It is the second new vehicle announcement Suzuki, which was named as most improved fleet manufacturer of the year in this year’s Fleet News Awards, has made in as many weeks.

Earlier this month the manufacturer announced its Jimny 4x4 will return next year as a commercial vehicle.

The passenger car model was launched in 2018 and was a huge success, but due to its high CO2 emissions, it put Suzuki at risk of fines from the EU average fleet emissions targets so it was withdrawn from sale in July.

By homologating it as a commercial vehicle, it is subject to a less stringent target figure of 147g/km (versus 95g/km for passenger cars), which will help Suzuki reduce potential EU fines.

How are fleet manufacturers meeting the challenges of Covid-19? Suzuki responds

Fleet News surveyed major manufacturers to find out how they were responding to the coronavirus pandemic. This is Suzuki's response.

Suzuki is expanding its model range with the new Across SUV, based on the Toyota Rav4.