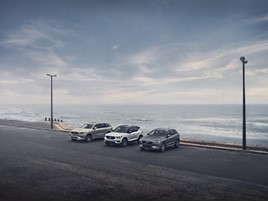 Volvo Cars and Geely Auto have confirmed plans to deepen their existing collaboration but will not go ahead with a previously proposed merger.

The new agreement will see the two companies work together on the development of new electric vehicle architecture, powertrains and autonomous drive technologies.

Volvo will also support the global expansion of Lynk&Co using its existing distribution and service network.

Geely Holding Group, which owns both Volvo and Geely Auto, announced plans to merge the two companies last year. Now it says the businesses will benefit from remaining separate but increasing collaboration.

Volvo Cars and Geely Auto confirmed the combination of their existing powertrain operations into a new standalone company. The company, expected to become operational this year, will provide internal combustion engines, transmissions, and next-generation dual-motor hybrid systems for use by both companies as well as other automobile manufacturers.

Through the collaboration, the two companies will focus on the development and sourcing of next-generation technologies, from connectivity and autonomous drive to car sharing and electrification.

Batteries, electric motors and connectivity solutions will be shared and jointly sourced alongside shared development of a new autonomous driving solution.

Håkan Samuelsson, president and CEO of Volvo Cars, said: “Having evaluated different options to realise value, we concluded jointly that a collaboration model between two standalone companies is the best way to secure continued growth and at the same time achieve technological synergies in many areas. We welcome the opportunity of further and deeper collaboration with Geely Auto.”

An Conghui, president and CEO of Geely Auto, added: "Geely Auto looks forward to partnering more closely with Volvo Cars, achieving significant synergies for our respective businesses. This will enable Geely Auto to accelerate its global expansion, to capitalise on our strengths in China and develop a new generation of world-class new-energy vehicles and associated mobility services."

For Volvo, 2021 will be all about plug-in vehicles. It has plug-in hybrid powertrains available across its entire range, plus the launch of its first fully electric car.

Robert Morris has been appointed as Volvo Car UK’s new head of fleet and remarketing, following Steve Beattie’s move to head of sales.