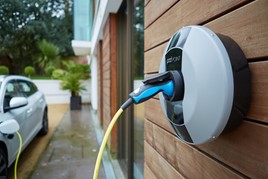 The fuel consumption of plug-in hybrid (PHEV) models was found to be 61% lower, on average, than official figures suggest, in a new independent test.

Which? put 22 PHEV models through a laboratory test, which it claims is “more stringent” than the official WLTP cycle that manufacturers must use.

The cars were tested on the road, including on the motorway, with their batteries in varying states of charge. Which? claims each model was driven 62 miles.

“A fuel-efficient plug-in hybrid vehicle is an attractive feature for prospective buyers, as many will expect to spend less on fuel and reduce their carbon footprint. Yet our research shows many popular hybrid models are not as efficient as the manufacturer’s claim, which means motorists could be spending more on fuel than they anticipated,” said Natalie Hitchins, head of home products and services at Which?.

“It is clear that the standard set for calculating fuel efficiency rates is flawed and should be reviewed to reflect real-life driving conditions. This would ensure manufacturers advertise more accurate rates and consumers have an accurate understanding of how much they should expect to spend on fuel,” she added.

More than 66,000 PHEVs were sold in 2020, an increase of 91% on the previous year. Company car drivers can benefit from the lower CO2 emission figures when compared to equivalent petrol or diesel models, making them a deisreable choice.

A previous study by Fleet Logistics found that the average PHEV returned 37.2mpg and 193g/km of CO2, as a result of many business drivers not charging them regularly.

The best performing vehicle in the Which? test was the Toyota Prius, which achieved 114mpg versus the official 188.3mpg claimed figure. A difference of 39%.

BMW’s X5 plug-in hybrid was the furthest from its official figure of 188.3mpg, returning 52.8mpg in the Which? test.

By law, manufacturers are required to test all vehicles to the same WLTP standard, which is independently verified by government authorities. It is these results that manufacturers must publish within any advertising communications.

Mike Hawes, SMMT chief executive, said: “There will, however, always be a difference between lab tests and real-world use. Fuel use will vary greatly depending on the type of journey made, the conditions, driving stye, load and other factors which is why the WLTP test is a standardised test designed to overcome these variables and provide consumers with accurate and comparable results across all vehicles.

“The WLTP tests consistently demonstrate that plug-in hybrids (PHEVs) offer comparable range to pure petrol or diesel equivalents but deliver substantial emission reductions, with zero emission range typically 25-40 miles, which is more than ample given that 94% of UK car journeys are less than 25 miles. PHEV range and performance will continue to improve meaning that, for many drivers, they are the essential stepping-stone to a fully electric vehicle.”

Cost of not plugging in a PHEV revealed

Businesses could be paying almost £150 per month more than their whole life cost calculations suggest for each plug-in hybrid (PHEV) that is not being plugged in.

Sales of pure electric and plug-in hybrid cars soared last year, with more than 175,000 vehicles registered representing a growth of 140%.

Green NCAP has published the results from its latest round of real-world emissions testing, which includes plug-in hybrid (PHEV) models for the first time.