Cost of not plugging in a PHEV revealed 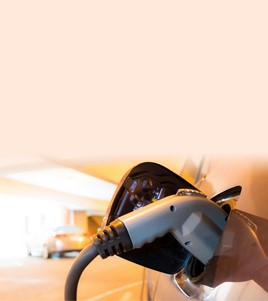 Businesses could be paying almost £150 per month more than their whole life cost calculations suggest for each plug-in hybrid (PHEV) that is not being plugged in.

The data, revealed by Fleet Logistics UK, shows that the average PHEV returned 37.2mpg and 193g/km of CO2.

Using the popular BMW 330e as an example, the company calculated a monthly whole life cost of £57 if the vehicle is charged regularly, compared to more than £200 if it is not – based on official mpg figures.

Fleet Logistics UK says company car drivers who do not plug in and recharge their PHEVs are not only adding unwanted carbon dioxide into the atmosphere but are racking up unnecessary fuel and whole life costs.

But, PHEVs can be the ideal business tool for company drivers looking to transition between conventional ICE (Internal Combustion Engine) engines and electric vehicles.

For a large fleet running several hundred of these cars, the cost increases are clearly substantial. However, the drivers are not penalised over their driving style in terms of the Benefit-in-Kind taxation they pay, as this can start at £106 per month for a 20% taxpayer and £212 for a 40% taxpayer, regardless of how they drive the vehicle.

“We believe PHEVs have a role to play in helping companies transition between ICE engines and electric vehicles. However, it is important they are used correctly so as not to impact air pollution as well as cost,” said Sue Branston, country head for Fleet Logistics UK and Ireland.

“They do not suffer from range anxiety and therefore can be suitable for even long-distance fleets. However, if they are not recharged regularly and in line with manufacturer guidance, then they become more costly to operate for the business than initially forecast.”

Branston believes PHEVs could play a role within the optimum fleet policy along with RDE2 diesels and petrol models for medium to long distance drivers, and none should be ruled out without proper analysis.

“From this coming April, RDE2 diesels not only give the range and fuel consumption that many fleets still need for their longer distance drivers, but they also have the advantage of avoiding the 4% diesel surcharge and may attract a 2% reduction in BIK rate,” she said.

Petrol plug-in hybrids regularly get a bad wrap for delivering poor mpg, but Fleet News has been running a Mercedes-Benz E 300 de plug-in hybrid diesel for the last five months and found it is capable of achieving more than 80mpg, even on long journeys, and many trips can be covered using no fuel at all. With more vehicles in the range launching with this powertrain next year, it provides another alternative to ICE with less compromise.

Planning for ULEV and PHEV adoption

Pace of growth of plug-in registrations in the UK is half the EU average.