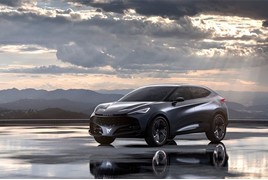 Seat will develop and produce small electric cars for the Volkswagen Group based on a new MEB-Lite platform.

The first vehicle is expected to launch in 2025, with a starting price of around £17,000. It’s expected the new car will be offered in configurations for Audi, Cupra, Skoda and VW, as well as Seat.

The MEB-Lite platform is a modified version of the one used to underpin the VW ID3 and Cupra Born. The new compact models are expected to have a footprint similar to that of the current Seat Arona and VW T-Cross.

Production is intended to take place at Seat’s Martorell plant, if the car maker can secure support from the Spanish government and European Commission.

Seat president Wayne Griffiths said: “We want to manufacture electric cars in Spain starting in 2025. Our ambition is to produce more than 500,000 urban electric cars per year in Martorell also for the Volkswagen Group but we need a clear commitment by the European Commission.”

Seat has also confirmed that the Tavascan Concept will launch as a production model in 2024. The fully electric Coupe-SUV will be the brand’s second electric model to launch.

“Our dream will come true: the CUPRA Tavascan will be a reality. Based on the MEB platform of the Volkswagen Group, it will be designed and developed in Barcelona and will reach Europe and overseas markets in 2024”, explained Griffiths.

This year, Cupra is expected to play an important role in boosting the company’s financial results. Its forecast is to double its sales and more than double turnover. The Cupra Born electric car, which was originally revealed as the Seat El Born, will begin production by the end of the year.

Cupra Born range and specs revealed ahead of 2022 launch

The Seat el-Born will now be launched under the Cupra brand, as the VW Group’s first ‘hot’ electric hatch.

Seat has stuck a deal to supply M Group Services with more than 700 new Seat Ibiza FR models – its biggest ever fleet deal.