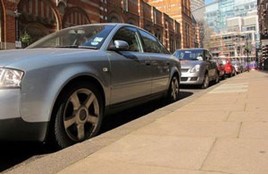 Car manufacturers are reducing the number of optional features offered on new models and fitting smaller wheels in order to simplify the WLTP values for each model.

Each new car registered in Europe has a unique WLTP value, which is affected by its specification.

Options that impact a vehicle’s standard weight, drag or rolling resistance can change a vehicle’s WLTP values. Additions such as a sunroof are likely to add approximately 2g/km of CO2 to a vehicle’s emissions levels and any change to a vehicle’s specification must be calculated with complete accuracy.

Jato Dynamics says as manufacturers began the transition from NEDC to WLTP, they changed the number of options available for purchase, reducing the models on offer.

Some have reduced the average tyre size of their vehicles, as smaller wheels are less likely to create as much friction or resistance.

David Krajicek, CEO at JATO Dynamics, said: “Where options were once key money-makers for OEMs, they can no longer look to these to generate cash for fear of exceeding CO2 limits, and the waste of resources that arises from calculating every single vehicle’s unique WLTP value.

“The shift away from these additional features and the evolution towards EVs will likely continue. We cannot say with certainty what manufacturers’ model listings will look like in the future, but one thing is clear – on demand WLTP data for meeting budgets, policy guidelines, and ultimately keeping businesses running will be key.”

The changes go much further than options, however. Since 2017, many OEMs have moved away from standard internal combustion engine (ICE) vehicles, in favour of lower emissions electrified vehicles. Last year. EV registrations more than doubled in Europe. The Netherlands, France, Finland and Ireland, have all significantly increased the number of EV models available since 2017.

The Netherlands currently has the greatest number of EVs available for purchase, rising from 18 models to 50 models in the space of four years. This is closely followed by France, with an increase of 29 models during the same period. Finland more than doubled its electrified offering from just 13 models to 29 last year. Similarly, Ireland has more than tripled its range, rising from seven to 24 models in 2020.

New petrol, diesel and hybrid cars are, on average, 5.4% less efficient than their official WLTP fuel consumption figures suggest, according to new research by What Car?.

Jato Dynamics has partnered with Sofico to provide leasing companies with accurate WLTP data that can be passed on to fleet customers.