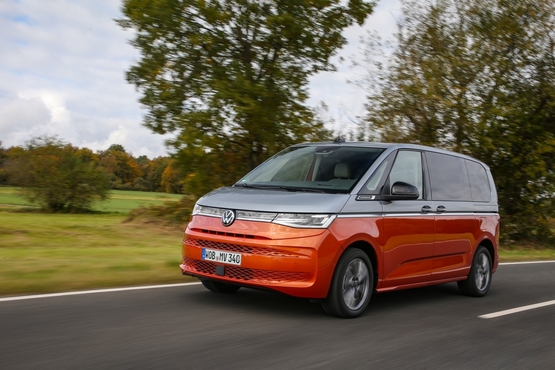 VW has introduced a new diesel engine for its Multivan people carrier.

The new diesel model joins the existing petrol and plug-in hybrid powertrains that have been available since the Multivan was launched.

With seven seats, the Multivan was introduced to replace the existing Caravelle, Sharan and Touran.

The Multivan TDI has CO2 emissions from 170g/km and fuel consumption of 43.5mpg.

The new Multivan TDI is permitted to tow trailers with a weight of up to 2,000Kg; the highest permitted total laden weight is 4,850Kg with a load of up to 807Kg.

Volkswagen has revealed pricing and specifications for the new T7 Multivan, which will replace the existing Caravelle, Sharan and Touran people carriers.

Volkswagen has approved the use of paraffinic fuels in its latest-generation 4-cylinder diesel engines.