New trim levels and prices for Vauxhall Corsa and Mokka 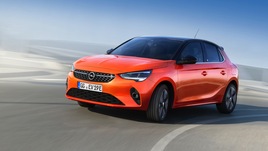 Vauxhall has streamlined the trim structure and reduced prices across its Corsa and Mokka ranges.

The revised Corsa model range is priced from £17,340 and the Mokka from £22,265. First customer deliveries of the new models are expected from August.

Vauxhall says the new three version line-up is designed to make it “easier than ever” for customers to choose the right version for them.

The Corsa model range has been streamlined from 15 models to eight, while the Corsa-e has been reduced from three models to two. Mokka sees the version line-up reduced from 16 to 11, while Mokka-e will go from four to two.

Adam Wood, marketing director, at Vauxhall, said: “We’ve introduced our new simplified trim structure to the Corsa and Mokka vehicle ranges. In doing so, we’ve not only made it easier for buyers to understand the key differences between various trims, but the models are now even better value thanks to a number of pricing enhancements.

“The top-spec Corsa Ultimate has been reduced by more than £3,000 meaning that premium innovative technology is now even more accessible on one of Britain’s most popular cars.”

The Mokka-e is available in GS Line and in Ultimate models, with both models priced equally to their outgoing variants.

Vauxhall has extended the range of the Corsa-e and all-new Mokka-e after finding greater efficiencies in heating, transmission and tyres.