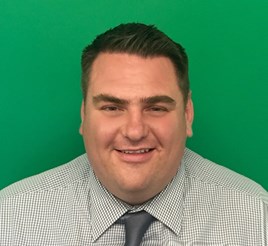 Northgate Vehicle Hire has promoted Adam Lockyer to the role of area operations manager in the south of England.

This new role will see him manage all of Northgate’s branches across Kent, Oxfordshire, Berkshire, Hampshire, Buckinghamshire, Sussex and Surrey, including the regional hub in Snodland.

Lockyer is responsible for ensuring that all 10 branches under his supervision focus on vehicle availability and customer service delivery.

He was promoted to his new role following two years as hub manager at Northgate’s Egham branch, one of the company’s largest  London sites, where he oversaw a fleet of 1,000 vehicles.

Lockyer said: “I am delighted to have been promoted to this exciting new role and I relish the prospect of growing an area where there is enormous commercial potential. I have worked closely with this regional team previously and look forward to helping the branches and their teams achieve the company’s goals.”

This is the second internal promotion in this region in the past six months, following the appointment of Andrew Wilson as the head of operations south in March 2015, having previously held the position of head of operations in London.