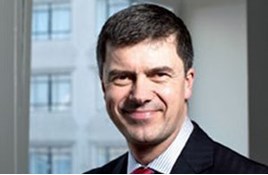 Gareth Llewellyn has been appointed as the new chief executive of the Driver and Vehicle Standards Agency (DVSA).

Llewellyn has held senior global roles with both National Grid and Anglo American  and has led businesses through a number of mergers and acquisitions. As group safety, technical and engineering director for Network Rail he led the drive to improve both the culture and safety performance.

He is currently one of the Department for Transport’s nominated non-executive directors on the board of the Harwich Haven Authority and has also held board roles at Biffa and the Renewable Fuels Agency.

He will join DVSA on Monday, March 14, before formally taking over from the acting chief executive Paul Satoor on Friday, April 1. Satoor will remain as deputy chief executive.

Department for Transport Permanent Secretary Philip Rutnam said: “I am very pleased to welcome Gareth Llewellyn to the department in his role as chief executive of the Driver and Vehicle Standards Agency.

“The work of DVSA and its dedicated staff is essential in delivering a safe road network for users right across Great Britain.

“I am confident that Gareth will provide excellent leadership to the organisation as it moves forward in a busy and challenging period ahead.

“I would like to express my personal thanks to Paul Satoor for the outstanding commitment he has shown during this period as acting chief executive.”