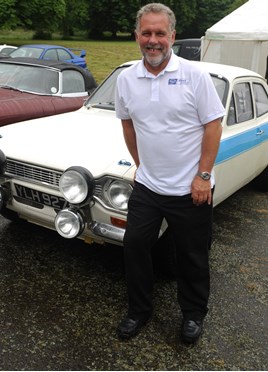 A group of fleet industry personalities and motorsport fanatics are hoping to raise thousands of pounds for charity by competing in a European 24-hour kart race.

This year, they are being joined in the race by teams from Agility Fleet, Manheim and one from Smith’s local karting circuit Daytona Milton Keynes.

Smith, who holds an international rally licence and has a lengthy motorsport career, said: “During the race we will each complete several two-hour stints behind the wheel and when you are nearer to 60 than you are to 50, a number of hours in a kart is physically very demanding. Last year we covered more than 1,000 miles at race speed in the 24 hours.”

The 24-hour event held over the weekend of July 16-17 will take place at the Alain Prost Circuit next to the Porsche Curves at the famous Le Mans race circuit in France.

The teams will be raising money for the Bromsgrove-based Rees Foundation, which was officially launched in October 2014 and supports young people and adults who have had foster care or residential care experience to have opportunities in life and maximise their potential.

Competing against a host of professional teams, the race promises to be no ‘walk in the park’ as it is the European round of the Teeside Karting Championship, which traditionally attracts some of the best kart drivers in the UK.