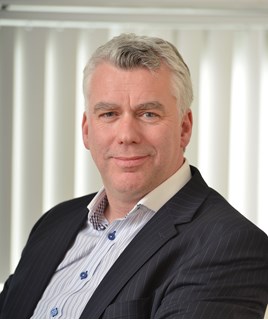 Richard Waiton has been appointed as a director of the board at fleet management software company FleetCheck and he will oversee the company’s new Northern regional office.

He has been working with the fleet software company on a consultancy basis since 2015, specialising mainly in the commercial vehicle sector.

Waiton has been involved in the CV sector for more than three decades, as group transport manager for Polypipe and transport operations manager for MSAS Global Logistics, as well as in consultancy roles.

The new FleetCheck regional office has opened in Doncaster due to the company’s user base of larger CVs becoming increasingly focused in the North of England.

Waiton said: “This is an exciting time to be involved with FleetCheck. The company is growing at an incredible pace, developing innovative new products and forging a range of partnerships with organisations important in the CV world, including FORS and the FTA.

"The new Northern office will allow us to respond quickly to the needs of customers in the region, especially those requiring commercial vehicle expertise and knowledge.”