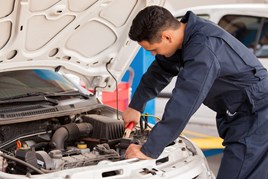 Rapidly changing vehicle technology means that the remarketing sector is going to have to undergo an unprecedented period of upskilling over the next decade, says the Vehicle Remarketing Association (VRA).

The organisation – which represent companies that handle, sell, inspect, transport or manage more than 1.5 million used vehicles every year – says that the rise of electric vehicles, increased connectivity and increasing levels of autonomy will all have an impact.

Sam Watkins, chair at the VRA, said: “It’s widely recognised in the motor industry and in remarketing that a period of change is coming but there is perhaps not enough attention being paid to exactly what that will mean.

“Essentially, those working in many different areas of remarketing will need training in areas as diverse as awareness, maintenance and repair, hazard management and more.

“To some extent, this is underway – the IMI has trained around 18,000 people in EV qualifications – but remarketing as a sector needs to start drilling down into exactly the kind of new skills that will be needed right across the board.”

Watkins says that the leading edge of these technologies was starting to be found in some areas of remarketing. “Sufficient numbers of EVs are now going through auction that training and awareness of working on high voltage vehicles is now widespread, so remarketing companies are becoming more used to handling them,” she said.

“Similarly, we are seeing relatively large numbers of cars with ADAS devices, effectively preceding high levels of autonomy, and there is now wider awareness of the need for calibration and the requirement for this to be carried out to a high standard.”

She added that all of these developments would take place against a backdrop of changing retail patterns and new kinds of vehicle ownership.

“It’s not just expertise around the handling, repair and presentation of vehicles that will have to change but we are also potentially facing a complete shift in the sales and marketing of used cars,” continued Watkins.

“Ensuring that these soft skills are upgraded is probably every bit as important as more technical capabilities when it comes to the future success of remarketing.”

The VRA is planning on highlighting some of the separate areas of training that were needed at its meetings during 2019. “We are not a training body ourselves but we are very keen on acting as a hub for the remarketing sector and organisations such as the IMI to ensure that this subject is being given some urgency,” said Watkins. “The future is much closer than we think.”

Steve Scofield FIMI, head of business development at the IMI, said: “The VRA is a really important platform to ensure the remarketing sector can address the changing business needs that we in the automotive sector are facing.

“The IMI are delighted that VRA members recognise the need to upskill staff around rapidly advancing technologies and the resulting shift in retail approaches.

“Both IMI, and its approved training network, are looking forward to supporting VRA members to develop their staff ensuring the ambitions of the association to attract, upskill and retain a professional workforce is achieved.”

The Vehicle Remarketing Association claims that some daily rental companies are buying nearly-new cars on the used market, because of a shortage of new stock.

The remarketing of electric and hybrid vehicles will be the focus of a Vehicle Remarketing Association meeting on January 23 at Fleet Auction Group, Coalville.

New diesel car sales are falling so quickly that there could be shortages of them on the used market, says the Vehicle Remarketing Association (VRA).