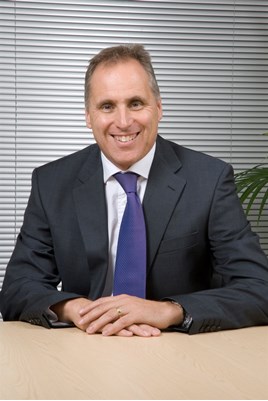 ARI has announced Keith Allen will be retiring from his position as UK managing director at the end of 2019, but will continue in an advisory role until the end of 2021.

Allen has been in the fleet and financial markets for more than 35 years, with his last seven being with ARI UK.

In 1984, after graduating from the University of Wales, Swansea, he began his career with Ernst and Young, where he qualified as a chartered accountant.

During this time, Allen played an instrumental role in the management buy-out of BCH Vehicle Management (BCH) and consequently became their finance director in 1995 - moving him into the fleet management and leasing industry.

Following the acquisition of BCH in 1999 by Deutsche Bank, Allen was promoted to managing director of ALD Automotive, a position he held for 13 years where he was responsible for strategy and all operational activities, before joining ARI in 2012.

Bob White, president of ARI, said: “We would like to congratulate Keith on a successful career and his leadership in bringing innovative fleet leasing options to our UK business.

“We have all benefitted from his contributions to our organisational achievements and our company culture.”

Reflecting on his tenure, Allen said: "This has been a fantastic seven years, and I have enjoyed watching our people grow with the business.

“ARI truly values its employees as is evident from their culture and values and I look forward to seeing and contributing to the continued success of ARI both on a personal and professional level."

ARI and Allen will be working together to identify a successor. “We’re excited to lay the groundwork for a bright future that delivers transparency to our customers and rewarding careers for our people,” White said. "Our goal is to build on the strong leadership team in place in the UK and continue to invest in our solutions.”