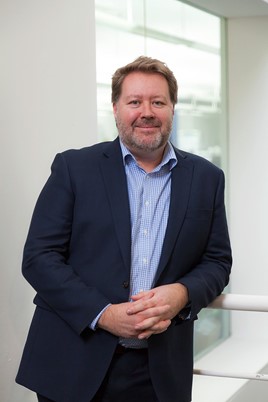 The Australian-founded business provides cars to on-demand drivers who work for companies such as Uber, handling all the necessary financing, insurance and maintenance.

It has relocated its HQ to London and its new 2,300 square metre in Cricklewood enables members to collect their cars, receive driver training and join community events.

Patterson, who was named fleet manager of the year in the 2013 awards when working at Mitie, earlier this year collected the fleet of the year – 1,001 plus vehicles when he was head of operations at Addison Lee.

As part of its UK launch, Splend has made a number of other senior appointments. David Moggs is its CTO, joining from Argos, while Gizem Akyil moves from global head of expansion, editions at Deliveroo to become Splend’s head of expansion.

Chris King, CEO and founder at Splend, said: “Ride-sharing can be a tough gig.

“Splend exists to help drivers succeed by making sure on-demand driving works for them - not the other way around.

“Splend has grown quickly and established a reputation as innovators in the industry - and this is reflected in the high calibre of the staff that we’re attracting.

“The UK, which is home to over 250,000 ride-share drivers, is the ideal base for us to continue our global expansion. The investment we’ve made in the new HQ and driver hub marks a significant milestone in our journey to support ride-share drivers all around the world.”

Splend has also partnered with London-based Zego to insure its UK fleet, with the cover based on telematics and priced by the mile.