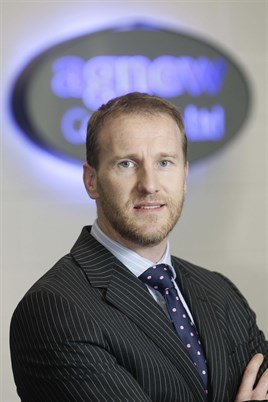 Northern Ireland-based contract hire and leasing company Agnew Corporate has been reaping the benefits of being linked to the second largest franchised dealer business in the UK since its acquisition by Sytner Group in January 2012.

The company’s fleet size has doubled over the past four years, partly helped by the acquisition, and general manager Graham Thompson predicts a further 10% growth by the end of 2013.

Established in 1995, Agnew Corporate has a 30% share of the Northern Ireland market. It’s the biggest in the country, just ahead of Fleet Financial (now owned by Sytner rival Lookers) on 3,353 and DFC on 2,773.

It also faces a growing threat from Ogilvie, which has outlined its own aspirations for a 30% share of the market within five years, equivalent to 3,000 vehicles.

With 15% of Agnew’s customers based in mainland UK, Thompson feels the company is at the point where it can accelerate its expansion plans.

“We think there is an opportunity for us to service our local market and be a leader in Northern Ireland while winning business in the mainland at a size that is manageable for us,” he says.

“We are looking to dip our toe in the water, so to speak, by trying to identify prospective customers through networking and using some of our existing contacts.”

Forging relationships with the 150 Sytner dealerships in the UK will enable the company to offer customers a higher level of service and, in turn, assist in securing more conquest customers.

“There is a massive opportunity for us to work together and we are looking to nurture that relationship,” Thompson says.

Northern Ireland’s total company vehicle fleet is approximately 15,000 vehicles, around 10,000 of which are leased. The typical company in Northen Ireland operates fewer than 10 vehicles.

Despite the competition from rival leasing companies in Northern Ireland, Thompson believes manufacturer funding and their one-off campaigns is a bigger threat, especially when it comes to dealing with small and medium-sized businesses.

“Manufacturers are after the SME market so they are in direct competition with the leasing companies,” he says.

“In some cases their rental will be cheaper than ours if they have a push on a particular product at the time.”

According to Thompson, fleet discounts will generally outweigh normal manufacturer offers through a dealership, particularly when you add in potential end-user support, but there are occasions when this is not the case.

Having strong relationships with manufacturers is paramount and helps the company realign its pricing in order to compete.

“We focus extremely hard to ensure our relationships with all manufacturers are good because our success very much pivots upon their level of support and flexibility to help us through these difficult market conditions,” he says.

A key part of Agnew Corporate’s plans for expansion in mainland UK, is to target companies with fleets of up to 250 vehicles.

Thompson says this will mean his team can ensure a high level of service can be maintained and is also where its recently-developed in-house fleet management system, Agnew Fleet Manager, will be of the most benefit.

“If you go to a company that has less than 50 cars you will generally find that there isn’t a dedicated fleet manager but someone who has the responsibility of the fleet bolted on to their everyday role,” he says. “Agnew Fleet Manager is a definite help to them.”

Telematics is also offered in conjunction with TomTom.It is not sold as a standalone product but is available to existing leasing customers.

Where Agnew Corporate has been nominated as the preferred supplier, the customer can use the software across their entire fleet, even if they have purchased only one vehicle from the company.

The system has been running for the past two years and now has more than 100 users, equating to approximately 4,000 vehicles.

Thompson is confident this product will help to win more business, and he says the fact he hasn’t lost a customer since implementing the technology demonstrates it has been very well received.

“It’s the best-kept secret in the fleet market, but now we need to shout about it,” he says.

Thompson believes that the relationship with customers is what makes Agnew Corporate stand out from its rivals.

He wants the company to take on an increasingly consultative approach, offering advice and support to customers to improve efficiencies and help them to make the right business decisions.

“We want to be competitive,” he says. “We are not always going to be the cheapest, but hopefully with the people that we have and our product offering we can supply the most cost-effective solution overall.

“When we go and see customers we talk to them about best practice and costs and have a meaningful conversation.”

Agnew Fleet Manager is instrumental in Thompson’s growth aspirations for Agnew Corporate as he believes it gives the company an edge over its closest leasing competitors.

“I don’t think a lot of contract hire companies have much to differentiate them in the market,” he says.

“A key reason for developing the software was to give us a unique selling point. Everybody can sell a car on a monthly rental, it is really about what additional products you can add on.”

“2008 and 2009 were difficult years for cars coming off contract because of the market,” he says.

“Everyone, including us, became cautious when setting residual values and I think we are reaping the benefit of that now.

“2012 was our best year for disposals and 2013 looks set to follow the same pattern; my only concern is people are looking at residuals with rose-tinted glasses and perhaps being over ambitious when setting them, sometimes dangerously high.

“We want to sell 1,700 cars this year, we don’t want to sell 17,000, so I will try to influence what I can in order for us to achieve this while adopting a realistic approach when setting residual values.”