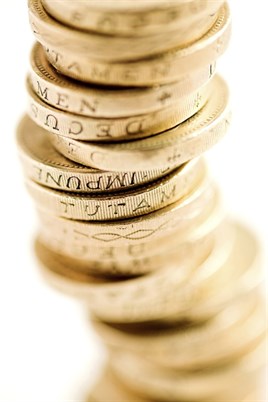 Growing business confidence could lead to an increase in spending among fleets in the next six months, but many are looking to reduce the number of suppliers they use, an exclusive industry survey for Fleet Leasing has revealed.

Its latest findings indicate a growing level of confidence among fleet operators when it comes to the future of their businesses, with nearly 70% of fleets rating the outlook for their businesses at 7/10 or higher.

The fleet confidence index, currently 8.2 out of a possible 10, will track changes in confidence levels every six months as the difficult economic recovery continues.

Public sector fleets tend to be more confident, with an index score of 8.3, potentially because of the relative certainty that Government funding provides, although private sector fleets are close behind with a score of 8.1.

This reflects broader industry studies that have revealed confidence among UK businesses is continuing to improve, despite slow growth in the economy.

A recent quarterly Business Confidence Monitor, released by a professional body for accountants, has revealed that confidence is at its highest level since 2010, with forecasts of stronger economic growth in the second quarter of 2013.

Official estimates suggest the economy grew by 0.3% in the first three months of the year, with analysts suggesting growth could be 0.6% in the second quarter.

However, one expert warned: "We should not be complacent though. There is still a degree of fragility and the economy is susceptible to knock-backs from events outside the UK."

Despite this uncertainty, fleets indicate that they are preparing to spend in 2013, following years of delayed replacement and budget restrictions.

Effective cost management will still be an essential element of the ordering process, but companies say that money will be flowing more freely towards suppliers this year.

Overall, 35% of companies say that demand for vehicles will increase during the next six months compared to the same period last year compared to 15% who expect decline. The decline is driven mainly by fleets in the public sector.

Among 100-plus fleets in the private sector, 42% expect growth and 8% decline, but in the public sector, a quarter of larger fleets say demand for vehicles will decrease year-on-year.

Where growth is expected, all fleets have realistic expectations of potentially increased costs, with 41% of respondents overall predicting an increase.

One-third of public sector fleets say they are expecting costs to decrease year-on-year, mainly driven by their reduced vehicle numbers.

Suppliers promise to be one of the potential drivers of savings, according to the Fleet Barometer.

Overall, 14% of companies say they expect to reduce their fleet choice list in the next six months.

Among van fleets, the Barometer indicates that choice lists will remain static.

A spokesman for Sewells said: “While fleets are preparing to spend more heavily in 2013 to reflect improving business circumstances, the internal pressures on cost remain and this is likely to continue driving strategy when sourcing suppliers for the months and years to come.”