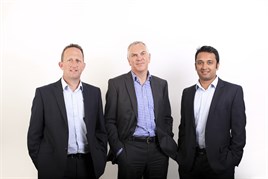 SG Fleet has re-written the rule book for salary sacrifice car schemes in the UK.

Its product NovaLease, which launched in November last year, doesn’t require a set number of employees and there is no need to create a contingency fund or take out insurance to cover early termination costs.

“In developing our product we looked at the current solutions and we saw a lot of things that would put customers off,” explains David Fernandes, managing director of SG Fleet. “A solution that creates risk for an employer to provide a voluntary benefit didn’t make sense to me.”

SG Fleet’s answer is simple: don’t create the risk in the first place. It’s an approach taken in its home market of Australia.

It has around 80,000 vehicles in total, putting it head-to-head with LeasePlan, the market leaders in Australia.

In the UK, SG Fleet is still relatively unknown, having launched here in 2007.

It currently sits at number 44 in the FN50 with just over 2,000 vehicles but Fernandes has ambitions to move into the top 25 - or “the left hand side of the page” as he puts it - within the next five years.

NovaLease is the product he believes will help take SG Fleet there.

To date, 10 companies have gone live and more are in the pipeline.

The scheme is proving attractive to organisations that don’t traditionally have a fleet (such as law firms), as well as those looking for an alternative to a cash allowance scheme.

“We’ve made it a hassle free solution for the employer,” says Guy Roberts, director of NovaLease, who is an employee benefit consultant by trade. “They’re not building in layers of cost to the individual by creating a contingency fund. They’re not going to get the employee looking at the scheme and saying ‘it’s not as good as I thought it was’.”

For that reason, SG Fleet anticipates take up rates to be higher than the 3-5% expected on existing salary sacrifice car schemes.

As an average, an employer can expect a 10% take up rate over three to four years. This number will vary depending on the location of the employer, whether or not a company car scheme is in place and whether or not they are VAT registered.

Fernandes is coy about revealing exactly how NovaLease works for fear of other leasing companies catching on.

Roberts adds: “The product has been designed so it’s fit for purpose for any size of company, any sector, any market. They could have 20 employees or 40,000 employees.”

Implementation is “very easy”, according to Fernandes.

“We don’t charge an implementation fee,” he says. “I think it’s a strange concept to say to a customer ‘I want to do business with you but the first thing I’m going to do is charge you before I’ve delivered you a vehicle’.

“The only real cost structure involved with NovaLease is that we do require a customer to be consumer credit licensed so they need to have a category C licence which costs £1,000 for five years cover.

Fernandes points out that anyone running an Employee Car Ownership scheme will already have a credit brokerage licence.

Employees typically take a salary sacrifice car for 36 months although they can sign up for anywhere between 12 months and 48 months.

Fernandes adds: “A lot of providers encourage the employer to say to employees that they should take a two-year lease because if someone leaves you’ve got less of an issue because you have less term left to run.

“But generally the most effective lease term is 36 months. Most of the time, a 24-month lease will be more expensive.”

So what happens if an employee leaves the company before their lease is up?

“The car doesn’t stay with the company,” says Fernandes. “The employer has no concerns. All they have to do is notify us.”

SG Fleet is prepared to take a consultative approach with employees to help them understand the scheme, if the employer wishes.

This could include staff presentations, benefits fairs and consultants doing drop-in surgeries.

Roberts explains: “Salary exchange is quite common in the employee benefits market place. Fleet hasn’t really caught up with that yet.

“If you mention the words salary and sacrifice in the same sentence to an employee or a group of employees it tends to put them off because sacrifice means giving something up. And they’re not giving something up, they’re exchanging some of their salary in return for a benefit, which, in this case, is a car.”

Fernandes is keen to point out that SG Fleet isn’t just a salary sacrifice provider.

The other side of its business is contract hire, headed up by Peter Crabtree, a former sales director at Lombard Vehicle Management.

“Our focus is as a value added business,” explains Fernandes. “I can lease someone a vehicle but I want to do a lot more than lease them a vehicle. I want to make sure that I’m leasing them the right vehicle and that leasing is actually the right thing for them. Everything that should be in and around management of the vehicle is all part of what we do.”

On the contract hire side, SG Fleet targets companies with fleet sizes of 75 to 500 vehicles.

Fernandes wants to win customers based on the strength of SG Fleet’s service offering rather than the headline rental.

“The more growth the better but the way we want to pursue growth is by adding value rather than price –driven growth,” Fernandes says.

How the Australian fleet market differs

“You’ll see a lot more prevalence of both finance lease and owned vehicles,” says Fernandes. “That’s because the VAT advantages that exist on contract hire here don’t exist in Australia so that levels the playing field in terms of financial solutions.”

“All the bank players exited the market in 2006/7,” says Fernandes. “Each bank operator sold their businesses off to independent companies like ours. Although the banks have exited the market they still provide funding into the sector. There is a wealth of funding, but they don’t participate in the residual value risk and the maintenance risk.”