Why do customers leave an existing supplier? 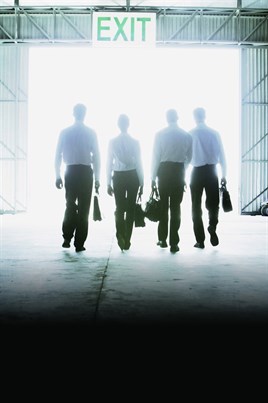 The biggest trigger for an immediate review is typically external influences such as tax changes, while internal influences, such as the need to find a better deal and cut costs, tend to take effect over the longer term.

Suppliers may feel some level of complacency generated by long-term contracts, yet this does not protect suppliers from the dangers of losing a customer.

Sewells interviews with fleet operators show that fleet decision-makers may absorb a range of information over a long period of time before they reach the stage of actively looking for new providers.

As a result, suppliers may have already missed the opportunity to influence the outcome of a tender when the time comes to invite bids for future contracts.

In its recent report on large fleets, Sewells warned: “To counter this risk, suppliers need to understand how the customer is measuring operational performance levels and how they are measuring the supplier’s contribution to this, not just in black and white KPI’s, but in difficult to measure areas such as quality of relationships with key decision-makers.”

One manager of a major fleet said: “If a leasing company contacted me I’d want to know what their product is, what’s their offer, what do they think they would do differently to any other company we work with.

“We’d then maintain a level of interest with them until three years time when we go out to bid again for the car scheme. We don’t dismiss any companies but we certainly don’t rip up our contract with our current provider because another company has rung us up.”

Key triggers for a review of leasing company include a supplier consistently failing to meet KPIs, the need to benchmark costs and find savings and interest in new products such as salary sacrifice.

There may also be changes that force a review, such as new legislation, senior management directives to change funding methods, such as from contract hire to outright purchase, and the end of the current contract period.