Legal drugs: are you safeguarding your employees? 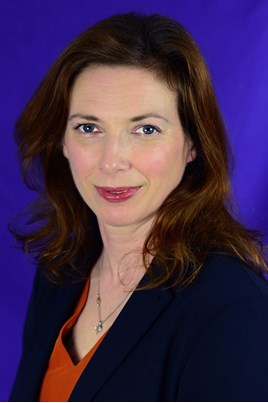 It’s a scenario any employer could imagine. A trusted employee – let’s call her Ellie –  has been absent with a slipped disc but is now back at work.

She’s still in some discomfort, but she’s taking codeine tablets prescribed by her doctor to control the pain, and seems to have returned to her usual reliable self.

As an employee, would you question Ellie’s fitness to work?

The disturbing fact is that many bosses wouldn’t – yet by failing to implement a drugs and alcohol policy which includes testing for prescription and some over-the-counter drugs, they could be laying themselves open to prosecution, not to mention risking the safety of employees and customers.

If Ellie was a coach driver or a machine operator, the dangers are clear.

Codeine is an addictive opiate-based substance which can cause drowsiness, even when taken at the recommended dosage.

Under government rules which came into force in 2015, it’s an offence to drive with legal drugs such as codeine in your body if those drugs impair your driving, whether they are prescription drugs or certain over-the-counter medicines.

But it’s not just Ellie who could be liable for prosecution if she was found to be unfit to drive.

Her employer could be scrutinised for breaching health and safety legislation, leading to fines or even a jail sentence for failing to take all reasonable steps to ensure staff members are fit to work.

Drugs and alcohol testing is subject to legislation in certain transport sectors, such as the aviation, rail and shipping industries.

Although there is no legal obligation for most other employers to adopt a specific testing policy, they do have a duty of care to maintain a safe working environment under the provisions of the Health and Safety at Work Act.

If methods for detecting misuse are not implemented and an accident occurs, it’s clear that employers could be held liable.

The risks are present in almost any working environment, however there are obvious ramifications for companies that employ commercial drivers or machine operators.

What drugs should employers test for?

It’s no surprise that illegal substances such as cannabis, cocaine, ecstasy and ketamine should be included in any testing regime.

Alcohol should also be tested for. But the implication of the 2015 UK drug-driving law is that other ‘everyday’ drugs which many think of as innocuous should also be considered.

Legal drugs cited in the 2015 law include:

As previously discussed, there is no law that states employers must test for these substances, whether or not their staff are driving or operating machinery as part of their role.

But employers ignore the dangers at their peril. Along with prosecution and the immeasurable emotional impact of an accident, the damage to a company’s reputation if an incident occurs can be immense.

And it’s worth noting that there doesn’t have to be an accident for legal drug-taking to impact negatively in the workplace – drowsiness and other side effects can lead to lower productivity, costly mistakes and absenteeism.

A study in the US this year revealed that 71% of employers have been affected in some way by employees’ misuse of legally prescribed medications, including opioids.

Yet the survey of 501 HR decision-makers found that 41% of those that drug test employees are not testing for synthetic opioids.

While many larger corporations have policies in place, smaller businesses may feel daunted by the sensitive task of setting up a screening procedure.

However the process can be relatively simple and not as expensive as many imagine.

Technological advances have transformed the quality and accuracy of testing hardware, and high-quality police-grade testing kits can now be bought at a reasonable price, offering instant and reliable results.

It’s important that personnel are trained in the correct use of the kits and accurate interpretation of results, ensuring that any evidence provided is irrefutable if ever challenged in a legal action.

You may be wondering how employees react to the news that they are to be tested, whether that’s on a random or regular basis.

In our experience, the vast majority of staff actually welcome the introduction of alcohol and drug testing, recognising that it’s in the interest of all employees and the company’s wider customer base.

Many will be surprised to learn of the possible side-effects of common drugs like anti-histamine or codeine, but again they understand the importance of securing a healthy and safe working environment for all.

Over the last decade, huge progress has been made in terms of tackling illegal drug use and alcohol abuse in the workplace.

Now it’s time for employers to direct their attention towards the problems caused by legal drugs – problems which may be lesser known, but can have equally catastrophic effects.

By Suzannah Robin, alcohol and drug safety expert at AlcoDigital

One in 14 (7%) admit to driving at least once a month after taking drugs, according to a survey by Brake, the road safety charity, and Direct Line.

Health and Safety: Tests, drugs and the payroll – understanding your obligations as an employer

By Suzannah Robin, drug and alcohol safety expert at AlcoDigital