Should the EU ‘hit the pedal’ on mandatory speed-limiters? 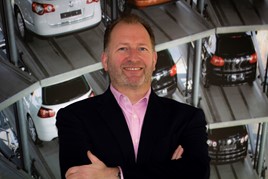 By Paul Brown, managing director of Cars on Demand

The latest hot topic being debated in the automotive industry, is the recent news that the European Parliament are making built-in speed limiters mandatory in all new cars built after 2022. Whilst many are against the idea, I must admit that I remain undecided.

I feel that it’s unlikely that those who are serial offenders, or who knowingly exceed the speed limit, will find a way to disable the limiter (or turn it off as it appears that it will have a manual override).

The chance of being caught speeding is already a risk they seem willing to take. What I do predict however, is that we will see a reduction in the number of drivers who ‘accidentally speed’, or pick up the pace when in a rush.

From a purely moral and logical point of view, it’s unreasonable to argue that the new devices aren’t a good idea; after all, it is illegal to break the speed limit.

In theory, the speed limiters are a safe way to reduce the number of accidents on the road caused by speeding, but as with any new technology, once put into practice I suspect there will be limitations that could potentially cause safety issues.

What we need to recognise and address is that speed alone is not dangerous, it is the inappropriate use of speed, lack of concentration and poor driving skills that are the main causes of accidents.

Driving at high speed is simply the added influence that determines the severity of the outcome.

My main concern is that drivers may rely too much on the new devices acting as a speed monitor, believing there is less of a need to focus on their surroundings and the journey ahead.

This creates a false sense of security, and as a consequence increases the chances of a serious accident happening.

Let’s put this into perspective. Consider a built-up area that has a speed limit of 30 mph, which the device recognises and sets the speed accordingly.

Add a group of 20 children playing by the roadside - will the device recognise that the limit isn’t appropriate for the current conditions? No, and if the driver isn’t concentrating it becomes a major issue.

Having driven a number of cars with automatic limiters that use GPS and sign recognition, I have experienced first-hand their inaccuracy in built up areas, as well as in roadworks, so sadly this isn’t just a theory.

Some may argue that most of these concerns are probably mitigated by the fact that the systems can currently be overridden, but what if that changes? Where will that leave us? I shall leave that thought with you.

Speed limiters: Are they worth it?

Speed limiters: Are they worth it?