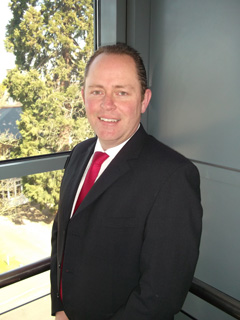 Rupert Pontin, head of valuations at Glass's, looks at the return of vehicle clocking - this time by drivers.

As the UK motor trade continues to look at the variety of different ways in which the explosion of registrations driven by PCP deals may affect the used car market, it would appear there may be an elephant in the room that many are keen to ignore. Whilst there is great merit in considering the impact of the predicted increase in used car volume and associated value realignment, that may well be necessary as a direct result of this very popular ownership method, consideration has not been given to the reported practice of “clocking” of these cars.

In the distant past clocking was reasonably common and caused significant problems for trade and retail buyers alike.  It was what Glass would refer to as the dirty side of the trade, as unscrupulous dealers looked to make enhanced profit by altering the mileage of cars that had covered above average distances. Let us be clear here, these days it is not the trade who is at fault but the consumer.

Raising this topic may bring a sharp intake of breath and a raised eyebrow, but it would appear that the trade may have a new problem brought about by the PCP deal and the mileage restrictions that govern every contract. Generally speaking, there has been little difficulty with this type of activity in recent years, but there is no doubt that examples of clocking are on the increase and there is a strong chance that this will become a widespread problem as the volume of PCP cars returning to the market steps up.

It would seem that many consumers underestimated or understated their annual mileage at the point of signing their PCP deal and have subsequently realised the impact of the mileage penalty clauses. As a direct result there has been the temptation to realign the mileage to suit the contract and therefore avoid the financial penalties, which in some cases are highly punitive. Unfortunately, doing this is not as difficult as it should be and it is easy for a consumer keen to find a solution to their forthcoming financial penalty to identify a number of mileage correction companies advertising on the internet. For a reasonably small fee in comparison to the impending fine, a consumer can therefore adjust the mileage to suit their needs.

In fact, mileage adjustment is currently entirely legal and has a legitimate function in the life of certain vehicles. For example, the failure of electronic dashboards and the replacement of ECUs: To ensure that the provenance of these vehicles is retained an adjustment can be made to the mileage and a mark or record is recorded in the vehicle’s system to note what has happened. It is also vital to point out that genuine professional mileage adjustment companies follow strict guidelines to establish the reasons for any adjustment that is requested by a consumer or customer to try and ensure that no foul play takes place.

Unfortunately, there are also a number of less scrupulous people prepared to make mileage changes and a number of consumers who are prepared to find them or falsify reasons for making the change via professional companies. This is a fraudulent activity and is not legal. Disappointingly, it is extremely rare for a consumer to be prosecuted for this offence which appears to be symptomatic of the state of a society that seems adamant to follow the premise that the consumer is always right.

Consideration must also be given to how the vendor and the selling agent deal with this type of vehicle. As the car will be owned by the vendor the ultimate responsibility must rest with them, but it is crucial that the vendor also develops a process that will identify vehicles that have been affected. This will enable the correct procedures to be established to ensure that the consumer or user of the vehicle is prosecuted appropriately: covering not only the criminal element of the action but also the loss in value and costs involved in accurately remarketing the vehicle.

There must also be some protection for the selling agent, whether they be an auction house or other remarketing company, as it would be unjust for them to be held to account on a vehicle that had been clocked. However, the selling agent is likely to be part of the solution using technology that can identify the time and date of the mileage adjustment, and therefore able to help the vendor identify these vehicles in a cost effective manner.

In summary, the trade needs to be prepared for the clocked PCP car but, most importantly must also be seen to be proactive in highlighting potential solutions. The appropriate legal position must be clarified by the vendors and the authorities. In addition, an awareness campaign needs to be formulated to ensure the consumer is cognisant that clocking is a fraudulent act which should be answerable in a court of law. The motor trade needs to be aligned and shown to be leading the charge in what is a very controversial situation.